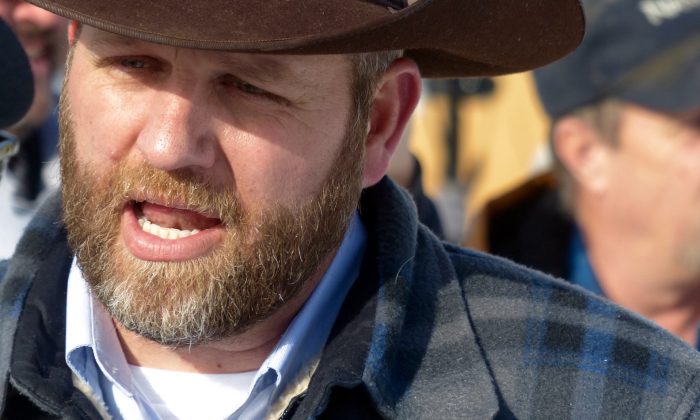 Ammon Bundy chats with a protester during a march on behalf of a Harney County ranching family in Burns, Ore., on Jan. 2, 2016. (Les Zaitz/The Oregonian via AP)
Politics

A Muslim television host says the Oregon militiamen would “probably be dead by now” if they were black or Muslim.

Wajahat Ali, who says one of his main goals is battling Islamaphobia, wrote in a new opinion piece that the men occupying a government building in Burns, Oregon, are terrorists.

He alleged that the only reason the group hasn’t been confronted by federal authorities by now is because of their white skin.

“If one black man holding a plastic toy gun even walked in the direction of a federal building, let alone with 150 other black men all holding loaded rifles, he’d be shot dead by law enforcement, no questions asked. If 15 Muslims occupied a 7-Eleven with BB guns and masala Slurpees, federal law enforcement would probably roll up with six MRAPs and immediately take everyone out Waco-style,” Ali said in his op-ed, published by The Guardian.

“We don’t need to racially profile individuals who look like these armed militiamen (white men with bushy beards and beer bellies), but it’s time for mainstream politicians to at least acknowledge and confront this dangerous threat within our borders.”

The piece came after television host Montel Williams said on Twitter that the National Guard should be brought in to quell the occupation. “Put this down using National Guard with shoot to kill orders,” he said.