Music Producer Lost in the Music of Shen Yun 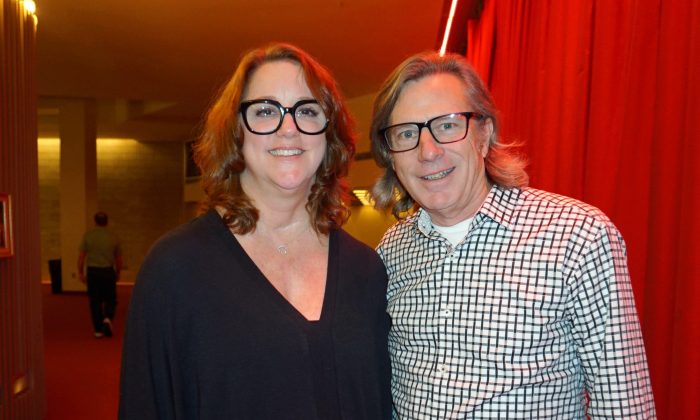 NASHVILLE, Tenn.—As former music producer Brian Rawlings sat in the audience of Shen Yun Performing Arts, he let himself be lost to the music and swept up in the history of 5,000 years.

He heard the surprising mix of Chinese instruments and a Western symphony, he heard what seemed to be a foreign scale, but not one at all unpleasant to the ear. He heard the horses of the Mongolian plains as athletic riders swept across the stage, and he saw it too, as the classical Chinese dancers, as all good dancers do through musicality, embody the music and carry it over into the visual art.

Despite his experience, Rawlings, retired now from decades of a successful music career working on hit scores of film and television, did not approach the music in an analytical way.

“You know it’s interesting because I  lose it, and I do it on purpose. I lose the music on purpose with the visual, so the visual drives what is going on and the music is happening in here,” Rawlings said, touching his heart. “And what you’re seeing supports it, which it does perfectly, as it should in dance.”

Rawlings and his wife, Nadia, saw New York-based Shen Yun for the first time on Jan. 23 at the Tennessee Performing Arts Center. Shen Yun is the premier classical Chinese dance company, and tours the globe each season with various equal-sized companies, each with a unique orchestra and all-original compositions blending Chinese and Western musical legacies.

The company was formed in 2006 by artists who wanted to restore the authentic traditional Chinese culture, and share it with the world through performing arts.

Each Shen Yun performance includes some 20 vignettes of classical Chinese dance, story-based dances, and ethnic and folk dances like the stirring Mongolian ethnic dance Mr. Rawlings described. There are ancient myths and legends, kings and goddesses, and even stories that date up to contemporary China, all meant to show the traditional Chinese culture.

As such, some audience members are surprised to learn, or be reminded by the emcees, that Shen Yun cannot perform in China today, where the communist regime is and has been since it took power in the mid-1900s, vehemently opposed to the traditional culture Shen Yun stands for.

“I think it’s an excellent glimpse into Chinese cultural, historical cultural things. And it’s also interesting to hear the questions that they addressed about not being able to do the same show in China; it’s interesting in 2019 to think that that’s still an issue,” Rawlings said.

“It’s a great glimpse into historical Chinese culture and we’re not knowing enough about it.”

Rawlings added that it was important to preserve this authentic traditional culture that went back for millennia, and perhaps one day it would return to China.

With reporting by Sally Sun and Catherine Yang.