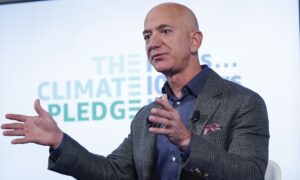 Murderer of an 8-year-old Sentenced to Life Without Parole

Melissa Huckaby, 29, the murderer of 8-year-old Sandra Cantu was sentenced to life in prison without parole. Huckaby said she regretted killing the girl, and that she “still cannot understand why” she did it, according to Tracy Press.

Sandra Cantu, who lived in Tracy, Calif., disappeared after going to a friend’s home to play on the evening of March 27, 2009 her mother reported to the police at 7 p.m. On April 7, 2009, Sandra was found dead and stuffed in a suitcase near a farm pond, reported CNN. Huckaby’s daughter was a friend of Sandra's.

The police said that there were several serious injuries on Cantu’s body, including one on her lips. Alprazolam, a type of drug used to treat anxiety disorders, was also discovered in her system.

Footage from a nearby surveillance camera helped the police to identify Huckaby. According to a report by Tracy Press, Huckaby was accused of drugging others twice in 2009.

Cantu was described as “an angel, complete innocent” by her uncle, according to News10.

Since her death, various groups have been set up on Facebook and Twitter in her memory. An online memorial guest book dedicated to her has received more than 3,500 messages.