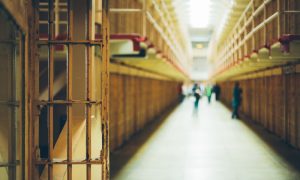 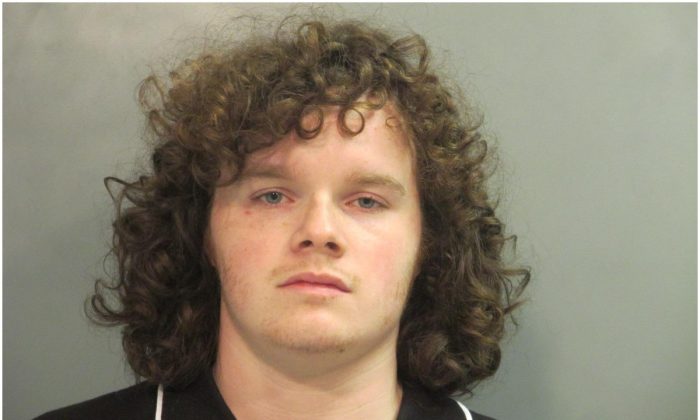 An Arkansas prisoner charged with attempted murder for shooting at a police officer during a traffic stop was killed by his cellmate on Aug. 27, according to authorities.

During their checks around midnight on Aug. 27, deputies at Washington County Detention Center found Harvey waiting at the cell door, and his cellmate lying on the floor by the bunk bed.

Deputies started CPR, but in vain.

Harvey had specifically asked to be moved to cell R-21, where Cobos-Cenobio was housed, after he complained of being afraid for his life because other detainees had knowledge of his murder charges.

UPDATE 2:00 pm – To respond to some of the questions and comments below: The Washington County Detention Center is…

The death is being investigated and Cobos-Cenobio’s body will be submitted to the Arkansas State Crime Lab for an autopsy.

Sheriff Tim Helder said Cobos-Cenobio was on suicide watch back in November but was taken off it in December, according to KNWA, which reported he died by strangulation.

“It’s a tragedy. Of course we don’t want this to happen at our facility, or anywhere,” said Helder. “Harvey requested to move in that block because there was less crowding or people there, that kind of a thing … and had mentioned that he was under a perceived threat from some of his block mates for his alleged murder last year.”

“We did background checks. There were no indicators that this guy would do what he did,” Helder said.

The sheriff’s office added in an update that the Washington County Detention Center is currently over-capacity.

“At the time of the incident there were 709 detainees in the jail and 97 were sleeping on the floor,” said the press release.

Harvey and Cobos-Cenobio were previously in R-Block at the same time for several weeks with no issues, according to the sheriff’s office.

He is accused of shooting dead Elizabeth Dawson, who died from a single gunshot wound in her chest after intervening as Harvey tried to force his way back into his girlfriend’s apartment on March 14, shortly after she had kicked him out.

His girlfriend Courtney Willie was also shot in the leg during the incident, according to Arkansas Democrat-Gazette, which occurred after he had returned to pick up some of his belongings.

Harvey was “hanging around outside acting like a psychopath,” Willie told officers during a 911 call. While she was on the phone with dispatchers, she said Harvey was trying to get back into the apartment. According to a probable cause affidavit cited by the Democrat-Gazette, a woman can be heard yelling in the background of the 911 call, followed by a gunshot.

Officers arrived to find Dawson shot in the chest and unresponsive, and Willie shot in the leg.

Harvey has pleaded not guilty to murder in Washington County Circuit Court.

His murdered cellmate Cobos-Cenobio had been scheduled for a trial in two months for shooting at police officers multiple times after a pursuit in November last year that followed a traffic stop.

The sheriff’s office shared a photograph of the patrol car with bullet holes in the windshield.

News Release November 11, 2018 Suspect Shot at Deputy on Traffic Stop, Takes Off, Arrest Made after Pursuit and…

According to 4029TV, he was charged with five counts of attempted capital murder, fleeing, possession of a controlled substance, and possession of drug paraphernalia.