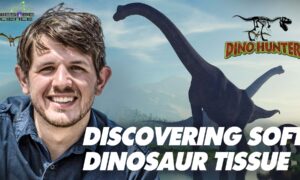 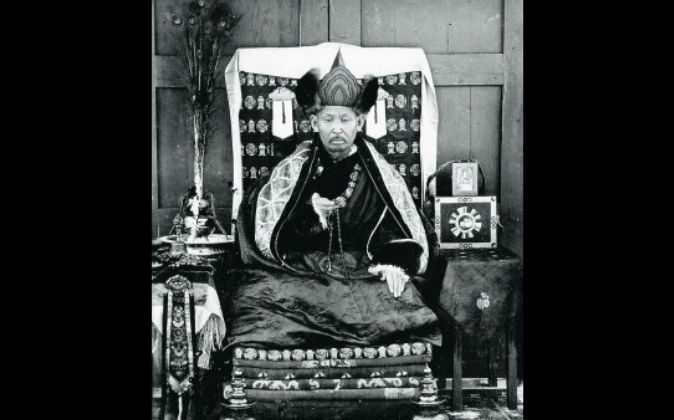 Dashi-Dorzho Itigilov (1852-1927). A mummy in the lotus meditation position found Jan. 27, 2015, in Mongolia is said to possibly be Itigilov. (Wikimedia Commons)
archaeology

A mummy estimated from preliminary investigations to be about 200 years old, sitting in the lotus meditation position, was found in Mongolia on Jan. 27, according to local publication, The Morning News.

It is unclear as of yet the circumstances of the discovery in Songinokhairkhan province, reported The Morning News. The body was found covered in animal skin and has been taken to the Ulaanbataar National Centre of Forensic Expertise in the Mongolian capital for further investigation.

The deceased is speculated to have been a Tibetan lama, perhaps Dashi-Dorzho Itigilov, who was born in 1852, according to the report.

The deceased is speculated to have been a Tibetan lama, perhaps Dashi-Dorzho Itigilov, who was born in 1852. The story of Itigilov’s body is a fascinating one.

The story of Itigilov’s body is a fascinating one. His body has already been “found” a couple of times since his death, so if this is his body, it’s more a case of being “rediscovered.”

Is He Dead or in Deep Meditation? Indian Court Asked to Rule

Before his death, Itigilov told his students to visit and take a look at his body 30 years after his death, reported the New York Times in 2002.

When he died, he was sitting in the lotus meditation position meditating and chanting a prayer for the dead. The story goes, that when his students did look at his body after 30 years, it had not decayed. At the time, Soviet rule made religious activity difficult and the followers did not draw attention to the body, but concealed it once more.

It was again found in 2002 by a curious young lama named Bimba Dorzhiyev who tracked down Itigilov’s resting place. Dozens of witnesses, two forensic experts, and a photographer attended this unveiling of Itigilov’s body. The New York Times reported, “The lamas who opened the coffin wore surgical masks, but they need not have. Itigilov’s body remained preserved.”

The body was once again secreted away, however, with only lamas permitted to view it.

A practice known as Sokushinbutsu in Japan involved the self-mummification of Buddhist monks. It involved a restricted diet before death and  deep meditation. If the monk succeeded in this self-preservation after death, his body would often be placed in a temple to be honored. Success is considered a sign of having reached a spiritual, and also physical, state beyond the frailty of ordinary human life.