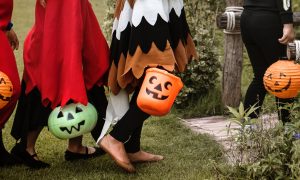 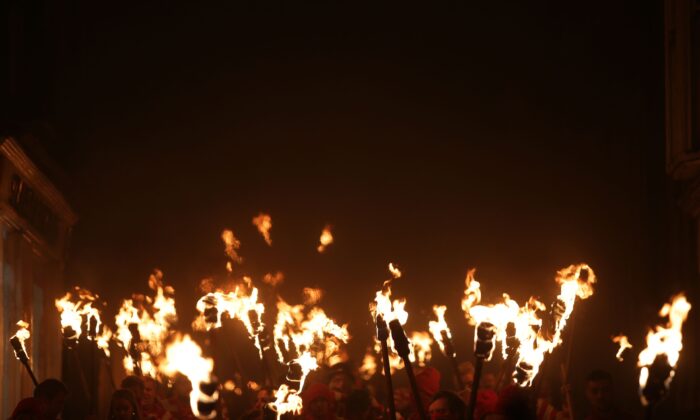 Revellers' torches are carried through the streets of Lewes in East Sussex, southern England, on Nov. 5, 2018. (Daniel Leal-Olivas/AFP via Getty Images)
UK

Multiple Firefighters Assaulted Across the UK on Bonfire Night

A number of firefighters were physically assaulted on Bonfire night across the UK, the National Fire Chiefs Council (NFCC) said.

The NFCC said on Friday that firefights in Merseyside, Tyne and Wear, Scotland, Wales, Northumberland, Staffordshire, West Midlands, and Humberside were attacked with fireworks, stones, and bricks while tackling incidents and attending call-outs.

Firefighters are NOT targets. They are human beings with families & loved ones. They go out each day & night to keep YOU, the people of #Merseyside safe.

Treat them with the respect they deserve. pic.twitter.com/uVFQOpv4hN

According to the NFCC, this is on top of the 897 attacks recorded in the last year.

“In some areas of the country, firefighters can no longer attend some types of fires—unless they have a police escort,” the NFCC said in a statement.

Chris Lowther, Chair of NFCC’s Operations Committee and Chief Fire Officer for Tyne and Wear, said it was “abhorrent” to attack firefights, and that it can put communities at risk in a major incident.

The NFCC also said it wants to see body-worn cameras made available to all firefighters so that vital evidence can be recorded.

“In my professional opinion, we are likely to see an increase in antisocial behaviour this year as people are not attending organised displays and may flout current COVID-19 laws,” Wilsher said.

“Due to restrictions, fire services have not been able to do their normal educational activities, which could also have an impact,” he added.

Bonfire night, also known as Guy Fawkes Night, is a British tradition that originates from Nov. 5, 1605, when Guy Fawkes was arrested for trying to blow up the House of Lords, and King James I with it.

Britons mark the day with bonfires and fireworks each year. The NFCC said it is the busiest night of the year for many services.

Scottish Fire and Rescue Service (SFRS) said it had handled over 1,100 calls and dealt with around 511 bonfires on Thursday afternoon and suffered 12 reported attacks on crews. Fortunately, the attacks didn’t result in any injuries.