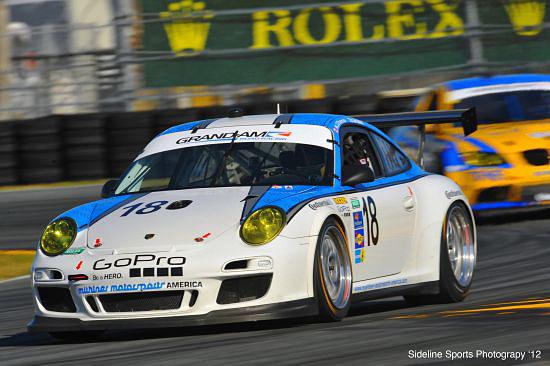 Muehlner will not only campaign a pair of Porsches in the Grand Am Rolex 24 at Daytona, the team will also enter one car for the entire 2013 Rolex season. (muehlner-motorsports-america.com) Muehlner-Motorsports-America.Com
Motorsports

Muehlner Motorsports Back With Two Cars for Rolex 24

Muehlner Motorsports, regular competitors at the Grand Am Rolex 24 at Daytona, will be back with its customary two Porsches in 2013, and also plans to contest the entire season with one car.

2013 will mark the third year this Belgian team has raced in the Rolex, but the first year that the effort will be centered in the team’s new DeLand, Fla. facilities.

Muehlner campaigned a pair of Porsches in the 2012 FIA GT1 World Championship under the Exim Bank Team China banner. With the demise of that series, Muehlner has decided to focus its European efforts on Porsche Supercup, while expanding into the American scene with a lone Porsche GT3 for the entire Rolex Sports car Series season.

Muehlner also offers support to numerous customer cars through its M-Service branch, will which continue to operate through its shops in Belgium and Florida as well as at each racing event.