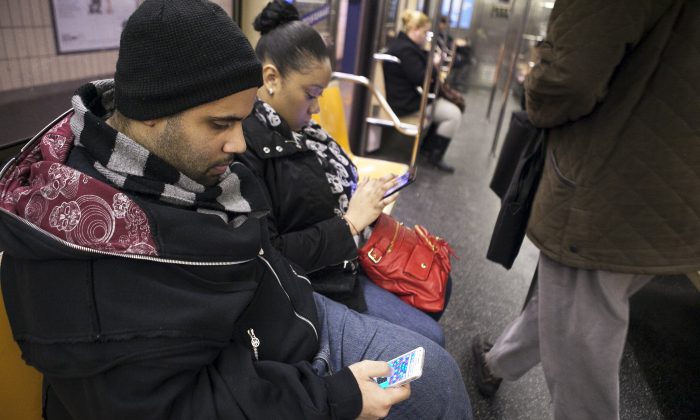 The design of the subway cars is similar to those used in London, Toronto, Berlin, and Paris. They’re far less cramped as passengers can be spread throughout the whole train rather than in individual cars; there are no doors separating them.

The design could boost the capacity for passengers by around 10 percent, transit experts told the New York Daily News.

The MTA said it will spend $52 million on 10 open gangway cars for two trains. The first test-run is still several years away.

“We’re using this project as an opportunity to just test that technology and see if it works for New York,” NYC Transit head Wynton Habersham said in an MTA board meeting, according to the Daily News.

The trains will also be equipped with WiFi and charging stations.

New York Governor Andrew Cuomo this month announced that the city’s century-old subway system will get an upgrade sooner rather than later. The five-year, $29 billion plan will introduce countdown clocks, replacement subway cars, WiFi and cellular service, and charging stations. Subway stations will also be redesigned to be cleaner and easier to navigate. Passengers will also be able to buy subway tickets online.

MORE: Travel Through Time on NYC Subway With These Historical Photos (Video)

As previously mentioned,  the trains in Berlin and Toronto have the open gangway design. This is what they look like:

Open gangways on the Berlin U-Bahn’s U6. These so-called großprofil cars are spacious, and the design does wonders for passenger flow and crowding.