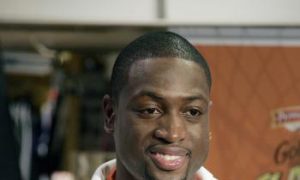 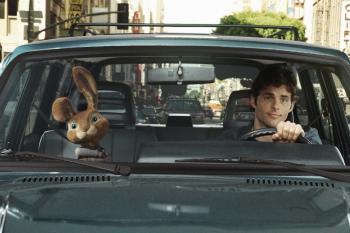 By Helena Chao
Print
The masterminds behind last year’s “Despicable Me” have done it again. “Hop” is a film that will make adults feel like children, and has plenty of laughs and charisma to charm anyone between the ages of 3 and 93.

Producer Chris Meledandri (“Despicable Me,” “Ice Age”) teamed up with director Tim Hill (“Alvin and the Chipmunks”) to create an animated Santa Claus version of the Easter Bunny.

In “Hop,” main character E.B. (voiced by Russell Brand) lives in one of the famous prehistoric statues on Easter Island and is destined to take over the important role of Easter Bunny from his father (voiced by Hugh Laurie of “House”). In this role, he’ll be in charge of running the magical, Willy Wonka-esque candy factory, where fluffy yellow baby chicks spend 365 days a year making Easter candy baskets full of Hershey’s kisses, marshmallow chicks, jelly beans, chocolate bunnies, and painted candy eggs.

Each year, on Easter day, he’ll be responsible for delivering these baskets around the globe, in his chick-pulled Easter egg sleigh. Sounds like a sweet gig, right?

Except… little E.B. has no desire to become the next Easter Bunny, and would prefer to pursue a career as a drummer for a rock band. On the eve before his coronation, he disappears down the rabbit hole and goes to Hollywood to try and realize his dream of becoming a drummer.

He ends up almost getting run over by Fred O’Hare (James Marsden), a 30-year-old still living at home with his parents and unemployed. Fred feels that he’s destined for a job greater than the typical 9-to-5 stint. When he meets E.B., their unlikely friendship blossoms over a series of haphazard adventures, in which they realize that they both have something in common—their desires to follow their own dreams and ultimately win approval from their demanding fathers.

The film features a combination of state-of-the-art animation with live action, which involved laborious Herculean efforts from the production team to ensure that the juxtaposition of CGI-animated characters looked realistic next to their human counterparts. The result is shockingly realistic, which drives the charming, sweet, and funny story and characters deep into audience’s hearts.

And, similar to the legendary "Toy Story" series, the clever inclusion of animated versions of candy near and dear to our hearts and stomachs definitely helps to further engage and touch viewers.

An all-star cast that also includes appearances by David Hasselhoff and comedienne Chelsea Handler, “Hop” promises to entertain kids of all ages, including the child hidden in all of us!