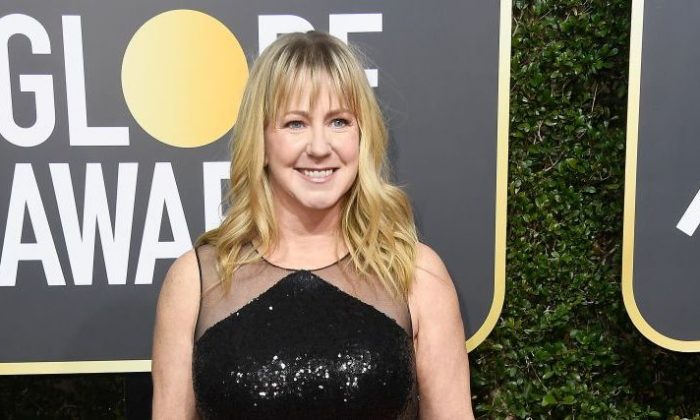 Mother of Tonya Harding Denies What Happened in ‘I, Tonya’

LaVona Fay Golden, the mother of disgraced figure skater Tonya Harding, denied consistently abusing Harding, while saying that drinking scenes in the new biopic film “I, Tonya” are not accurate.

“I didn’t abuse any of my children,” Golden told ABC News. “Spanked? Yes, (I) spanked. Absolutely, positively you (have) got to show them right from wrong.”

Tonya Harding's mother on her daughter's claims: “Why would I throw a steak knife at anybody? – [Harding has] lied so much she doesn’t know what isn’t a lie anymore" https://t.co/XQr96RcflT

During the 1994 U.S. Figure Skating Championships in Detroit, Harding hired a man to injure skating competitor Nancy Kerrigan’s right leg so she would be unable to compete in the 1994 Winter Olympics.

Golden said that she did, however, spank “her once with a hairbrush” during a skating competition.

In the movie, it shows Golden throwing a steak knife that lodged in her arm.

“I was about 10 feet from her,” Harding later told ABC News. “It was a steak knife.”

But Golden said that the incident never took place.

“Why would I throw a steak knife at anybody?” Golden said. “She’s lied so much she doesn’t know what isn’t a lie anymore.”

What does Tonya Harding now say and reveal about "the incident" and the stunning Olympic scandal – Nancy Kerrigan, her ex-husband, her mother & her life today? 'Truth and Lies: The Tonya Harding Story' airs Jan. 11th at 9|8c on @ABC. https://t.co/u5HHzcuxZq pic.twitter.com/ayWsVHnrej

In another instance, Golden denied drinking alcohol with her coffee, as is portrayed in the film.

“I would have coffee and sometimes I would put brandy flavoring in it,” Golden said, adding that it wasn’t really alcohol.

Allison Janney recently won a Golden Globe for her portrayal of Golden.

Janney told EW: “Unfortunately, Steven couldn’t find the real LaVona Harding. He tried everywhere, everywhere led to a dead end. … The woman you see on the screen, the character that I got to play, was part [Harding’s] version of her mother; part Jeff Gillooly’s version of Tonya’s mother, his mother-in-law for a while; and part artistic license from Steven Rogers, because he didn’t have the real woman; and then me coming in there and doing what I [do], putting my spin on it.”

In the ABC News interview, Golden also recalls when Harding stepped out on the ice for the first time.

“Whatever the other people were doing, she turned around right behind them and did the same thing,” Golden said. “She wasn’t supposed to be able to do any of it, but she just went and did it.”

“Tonya was my little dynamo,” she added. “I called her my little twinkle, my little star.”

She also said they had a modest family life.

Golden also said that she worked as a waitress, cook, and bartender.