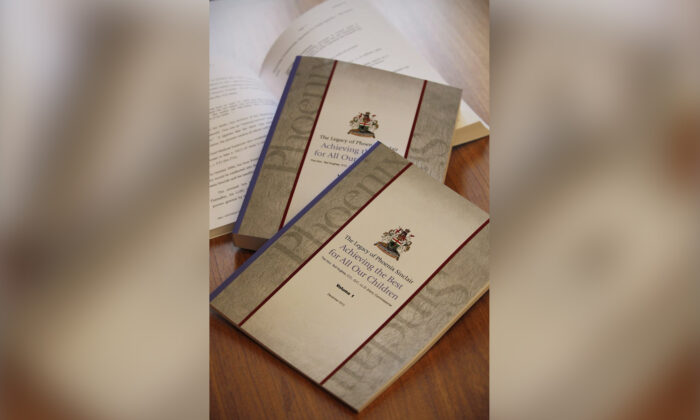 The Phoenix Sinclair Inquiry Report was released at the Manitoba Legislature in Winnipeg Jan. 31, 2014. (The Canadian Press/John Woods)
Canada

A Manitoba woman who abused and killed her daughter in one of the province’s most notorious crimes has been granted escorted temporary absences from prison.

The Parole Board of Canada is allowing Samantha Kematch visits with family members and, separately, an Indigenous elder for spiritual development.

“The Board believes that more exposure to your culture will aid you in your healing journey as well as managing your risk factors more effectively,” reads a board report from July 21.

“The Board concludes that the release plans for both the professional development and family contact (escorted temporary absences) will further your reintegration into society.”

Kematch and her then-boyfriend, Karl McKay, were convicted of first-degree murder and sentenced to life in prison with no parole eligibility for 25 years for killing Kematch’s daughter, Phoenix Sinclair, in 2005.

Their trial heard that Phoenix, who was five at the time of her death, was subjected to repeated abuse that included being shot with a BB gun and being forced her to eat her own vomit.

Phoenix was often confined to the unfinished concrete basement of the family’s home on the Fisher River reserve north of Winnipeg. There were other children in the home who saw the abuse that Phoenix was singled out for.

After a final, deadly assault, McKay and Kematch wrapped the girl’s body in plastic and buried her. The couple continued to collect welfare payments with Phoenix listed as a dependent—a ruse that was discovered several months later when Kematch tried to pass off another girl as Phoenix.

The parole board decision offers insight into Kematch’s behaviour since her conviction in 2008. Now 40, Kematch has married another inmate, has taken part in counselling and has accepted responsibility for her crime, the document states.

“It took awhile for you to develop trust, as you have trust issues as a result of your … history, but you eventually came around and were able to talk about your crime and accept responsibility for it,” the report states.

Kematch has taken part in sweat lodge ceremonies and mental health treatment and has been employed full time in the prison, the report adds.

“You have now established a healthy routine and are able to access supports when you need it.”

Kematch previously had 20 escorted absences from prison for medical purposes and they occurred without incident, the report notes.

Phoenix spent much of her short life in the care of family friends or in the child welfare system. Her death—and the fact it went undetected for about nine months—prompted a public inquiry.

The inquiry found social workers failed to keep tabs on Phoenix’s well-being and whereabouts, and often closed her file without seeing her. Social workers also failed to realize the man Kematch started living with in 2004 was McKay, who had a documented history of domestic violence that included beating a former girlfriend with the leg of a bathroom sink.