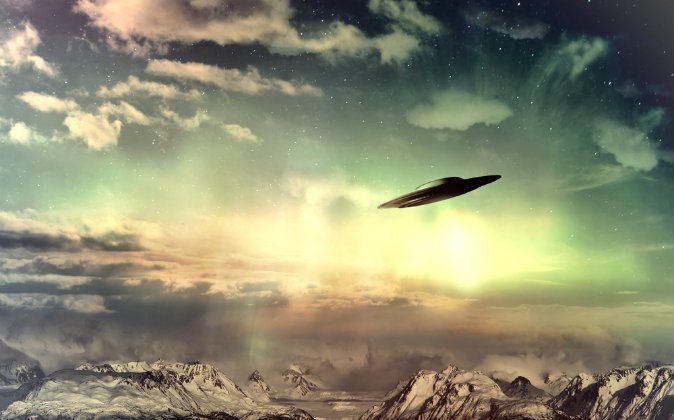 An illustration of an unidentified flying object (UFO). (Shutterstock*)
Life Beyond Earth

In 2013, there were 1,180 UFO sightings in Canada, averaging about three each day, according to a survey published this week by the group Ufology Research. UFO sightings have been on the rise since 1989, the first year of the survey. There have been more than 14,000 sightings across the country since 1989.

Ufology Research mines the data from various organizations that track sightings. It notes the credibility of the sightings, based on the level of details and other factors. Many sightings were reported by police officers, pilots, and “other individuals with reasonably good observing capabilities and good judgment,” according to the report.

Ufology Research attributes the increase in sightings to a few possible factors:

1. More UFOs are present and observable.

3. With advanced technology and increased Internet use, more people are reporting what they see.

4. More people are observing the sky.

5. More people are unfamiliar with natural objects in the sky.

6. People are hoping the answers to mankind’s problems will come from above.

Most sightings had at least two witnesses. The report explains: “This indicates that the typical UFO experience has more than one witness, and supports the contention that UFO sightings represent observations of real, physical phenomena, since there is usually at least one corroborator present to support the sighting.”

*Illustration of a UFO via Shutterstock