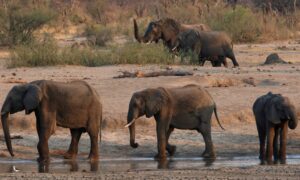 Print
The U.N. is investigating the latest attack by the Lord’s Resistance Army (LRA) on villagers in the Democratic Republic of Congo. John Holmes, Under-Secretary-General for Humanitarian Affairs and Emergency Relief Coordinator at the
U.N., said Saturday that 100 people were killed in the attack, bringing the estimated death toll to over 500 since December, according to Aljazeera.

The International Crisis Group, an NGO that attempts to resolve deadly conflicts, said that the Congolese government is too weak to protect its people, “The LRA has exploited the inability of the Congo, South Sudan, and the Central African Republic to control their border areas and benefited from insufficient coordination between their armies.”

Holmes said that, “Only by pooling intelligence and coordinating activities across the entire affected region can the Ugandan army, its national partners, the U.N., and civilians hope to rid themselves of the LRA.”