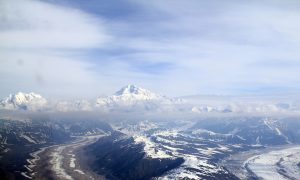 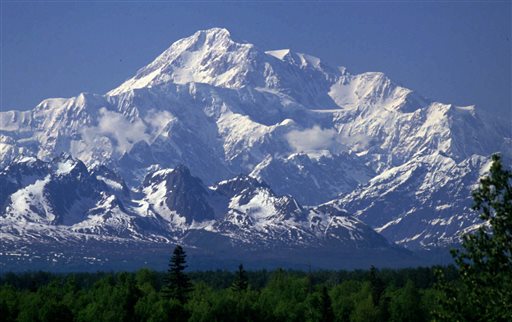 JUNEAU, Alaska —A record number of climbers have reach the summit of Mount McKinley, North America’s highest peak, this season.

The National Park Service said 787 of the 1,151 registered climbers reached the summit of Mount McKinley in Alaska this year. That’s a summit percentage of 68 percent, the highest since 1977, when the summit percentage was 79 percent. In 1977, 284 of the 360 climbers who attempted to scale the peak did so.

“It was a well-above-average year,” said Maureen McLaughlin, a spokeswoman for Denali National Park and Preserve. “The major factor in a strong summit year versus a not-so-strong one is good weather, and this past May and June saw “long stretches of warm temperatures, clear skies and mild winds.”

The actual number of registered climbers this year was the lowest since 1997, when there were 1,110 attempts.

Mount McKinley — widely known in Alaska as Denali — is never closed to climbing, but the primary season typically runs from the end of April through the middle of July, with mid-May to mid-June being the most popular, McLaughlin said.

This year marks the 100th anniversary of the first ascent of the mountain’s 20,320-foot south summit. That was accomplished by Hudson Stuck, Walter Harper, Harry Karstens and Robert Tatum. Descendants of the four men reached the summit during this centennial season, McLaughlin said.

This season also saw an Alaska man set the record as the oldest person to reach the summit, at 78 years.

There was one fatality, a man who in May suffered a heart attack on the mountain.