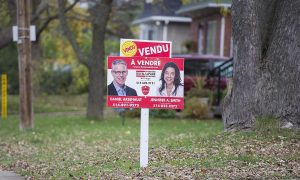 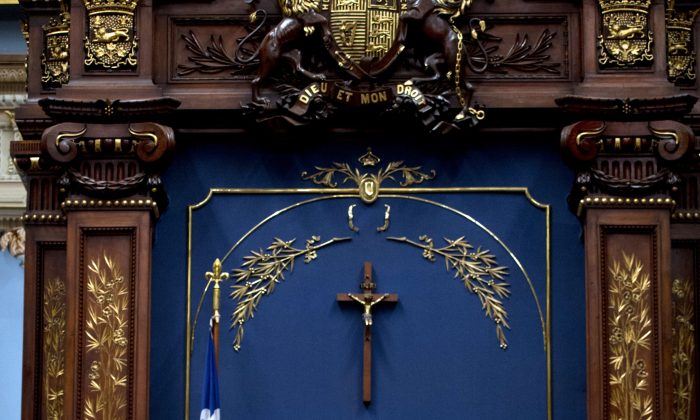 MONTREAL—The City of Montreal announced Wednesday, March 20, it will take down the crucifix that has hung in its council chamber for more than 80 years and move it to a new home.

The issue of crucifixes in legislative chambers across Quebec, in particular, the one prominently displayed at the provincial legislature in Quebec City—has been central to the province’s debate over secularism.

Coun. Laurence Lavigne Lalonde told the city’s executive committee meeting that the crucifix, on display above the main door of the council chamber since 1937, will be removed ahead of three years of scheduled renovation work at city hall.

Lavigne Lalonde said the crucifix was installed in a different era to remind councillors of the oath before God that they took and, it won’t be put back in the chamber when city hall reopens.

“I think we can agree the context has changed today,” Lavigne Lalonde said, noting society is now represented by democratic institutions that are secular, neutral and open.

While Montreal is moving forward, the provincial Coalition Avenir Quebec government remains opposed to removing the crucifix from the legislature, although the premier said his caucus would discuss the issue.

The crucifix was first installed above the Speaker’s chair in the national assembly in 1936, and successive provincial governments have rejected requests to remove the symbol. That includes the Coalition government, which said last October it is an important part of Quebec’s heritage.

The debate comes as the government moves to impose strict religious neutrality rules on state employees in positions of authority, including teachers, judges and police officers, who would be forbidden from wearing visible religious symbols. Legislation is expected in the coming weeks.

“The City of Montreal has the power to take down the crucifix,” Immigration, Diversity and Inclusiveness Minister Simon Jolin-Barrette told reporters Wednesday in Quebec City.” The national assembly has always decided to maintain it, and that’s the position of the government, because it’s a patrimonial symbol.”

“Everyone must make compromises. We’ll look at positions of different voices in caucus, and we’ll come back to you,” Legault told reporters. “It’s all part of secularism discussions.”

Lavigne Lalonde said Montreal’s crucifix is an important piece of Montreal’s heritage, and it will have a new home in a museum space in the renovated city hall where other significant historical items will be on display.

The debate over Montreal’s crucifix and the place of religion at city hall has been going on for more than 30 years, beginning when prayers were replaced with a moment of silence in 1987.

Lavigne Lalonde noted the crucifix was supposed to be removed during previous renovations in 1992. A public commission was also expected to discuss the matter in 2002 but never held any hearings.

Mayor Valerie Plante said it is important to distinguish between the city hall crucifix installed 82 years ago to guide municipal lawmakers in what is now considered a secular institution and the city’s most famous cross.

“For example, the cross on top of Mount Royal, we don’t have any intention of taking it down, because it’s not a democratic institution where we make decisions,” she said. “I think it’s important to make the distinction.”