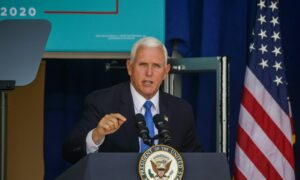 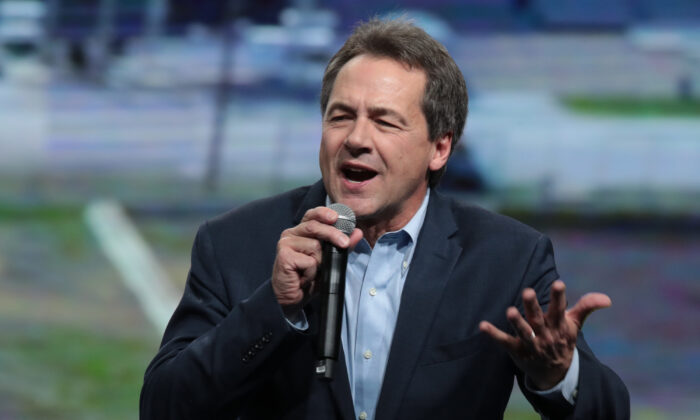 Montana Gov. Steve Bullock said on Oct. 10 that he is open to adding justices to the Supreme Court, a proposal which has backing from some Democrats in Congress.

Speaking during the final debate of the Montana Senate race, Bullock, 54, accused Republicans of “trying to politicize the court every step of the way.”

Bullock said Saturday that if President Donald Trump’s nominee to the Supreme Court, Judge Amy Coney Barrett, is confirmed by the Senate, he would be willing to consider expanding the size of the nine-justice Supreme Court.

“We have to figure out ways to make it less political,” Bullock said. “So I’m open to that, and that’s anything from a judicial standards commission, or we’ll look at any other thing that might be suggested, including adding justices.”

A growing number of Democrats have called for the expansion of the number of justices on the court, following the president’s pledge to replace the late liberal justice Ruth Bader Ginsberg’s seat before the Nov. 3 election.

In response, Rep. Jim Jordan (R-Ohio) on Sept. 22 introduced a resolution that seeks to prevent adding seats to the Supreme Court. The bill states that any attempt to “pack the court” could “undermine our democratic institutions and destroy the credibility of our nation’s highest court.”

“The Republicans control the Senate, we control the White House, the president is following the law submitting a nominee to the Senate, the Senate is going to move forward with that nomination just like the Constitution says,” Jordan told Fox Business’s “The Evening Edit” on Sept. 22, explaining the resolution.

“So the Democrats say, ‘If you do that and we win back power, we’re going to change the rules. We’re going to add six new people to the court,’” he continued. “The court has been at nine for 151 years, so this is ridiculous. I think the American people understand that.”

Democratic presidential candidate Joe Biden, however, has repeatedly refused to say whether he would back the push to pack the court, most recently saying that voters don’t deserve to know whether he will do so.

President Franklin D. Roosevelt, a Democrat, tried to add justices in the 1930s because he was upset with Supreme Court rulings. Ginsburg in 2019 said it was a “bad idea” when Roosevelt attempted to do so, the resolution argues, noting that the liberal icon said it would “make the court look partisan.”

“The bill is an invasion of judicial power such as has never before been attempted in this country,” the committee wrote in a report at the time.

Democrats argue that Trump’s nominee shouldn’t be considered until after it’s clear whether he wins a second term, or whether Biden defeats him.

Democrats point to how Senate Republicans declined to consider then-President Barack Obama’s nominee in 2016 for months, until an election took place. Trump won that election and ultimately filled that seat.

Republicans counter that the situation was different then because the GOP controlled the Senate but Democrats had the White House. Now, the same party controls both.

Republicans say voters decided in 2018 to keep the Senate in their hands in part because they promised to work with Trump, including confirming more of his judicial nominees, and voters chose to elect Trump in 2016, making the looming election irrelevant for confirmation purposes.

Barrett, 48, is scheduled to begin her nomination hearing on Monday before the Senate Judiciary Committee. The session will last 4 days and is a key step before a final full Senate vote by the end of October on her nomination for a lifetime job on the court.