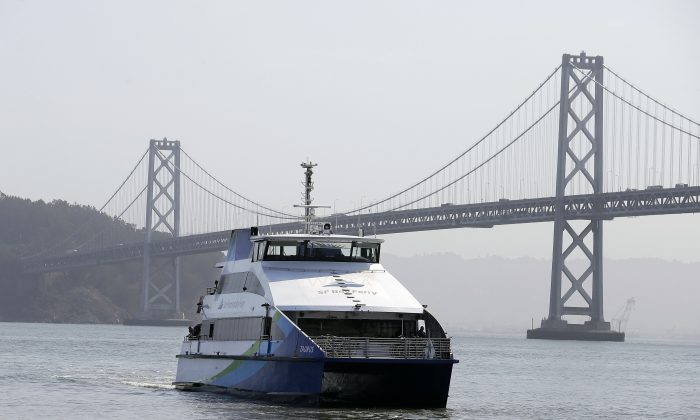 A San Francisco Bay Ferry arrives from Alameda at the Ferry Terminal in San Francisco, Tuesday, July 2, 2013, during a strike by workers of the Bay Area Rapid Transit District (BART) agency that ended after Governor Jerry Brown ordered a cooling off period. That has ended, and unions said on Oct. 14, 2013 that they're planning on striking on Oct. 15. (AP Photo/Jeff Chiu)
US

The city of Oakland, California, is suing agricultural giant Monsanto for allegedly contaminating storm water and the San Francisco Bay with toxic chemicals for decades.

Oakland City Attorney Barbara Parker, in a lawsuit filed Nov. 10, wants the firm to pay for the environmental cleanup. It comes after the State Water Resources Control Board determined that there was a presence of highly toxic polychlorinated biphenyl (PCBs) in Oakland’s storm water, which threatens the local ecosystem.

Monsanto produced PCBs for about 50 years until the U.S. Congress banned the chemicals in 1979, as they endanger human health and the environment. PCBs were inserted into electrical equipment, paints, caulks, and building materials for decades.

“The company that is responsible for this vast contamination should bear the burden of cleaning up our environment, not the taxpayers of Oakland and California,” City Attorney Parker said in a statement. “Monsanto knew that its products posed a significant threat to human and environmental health around the world. However, the company chose profits over protecting people, and American cities and citizens are still suffering the consequences.”

The PCBs in Oakland’s storm water could threaten wildlife and fish, the city added.

The county could spend as much as $1 billion to remove the PCB contamination, she wrote, according to the city attorney’s website. San Jose, Seattle, and San Diego have filed similar lawsuits against Monsanto.

However, Parker said the cleanup cost should not be paid for by taxpayers, but that Monsanto should take responsibility.

The lawsuit against Monsanto isn’t unprecedented, as Swiss corporation Syngenta AG was forced to pay $105 million to settle a lawsuit that claimed the firm poisoned hundreds of community drinking water systems across the United States with a weed killer.

Even though PCBs have been banned for decades, they remain a persistent environmental pollutant and can be released into the environment via “poorly maintained hazardous waste sites that contain PCBs; illegal or improper dumping of PCB wastes; leaks or releases from electrical transformers containing PCBs; and disposal of PCB-containing consumer products into municipal or other landfills not designed to handle hazardous waste,” according to the U.S. Environmental Protection Agency.