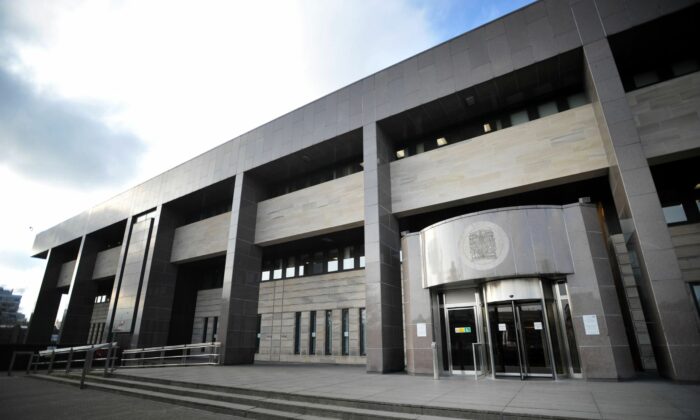 The trial of a Scottish lawmaker accused of travelling by train with COVID-19 symptoms has got a new pre-trial hearing scheduled next month after a document was delayed due to the Monkeypox outbreak.

A Scottish court on Tuesday heard that the defence of Margaret Ferrier was still waiting to obtain a report from a virologist who now has more work because of the Monkeypox outbreak.

Ferrier, the 61-year-old independent MP for Rutherglen and Hamilton West, didn’t attend the hearing at Glasgow Sheriff Court on Tuesday, but her lawyer said she maintains her plea of not guilty.

Ferrier was charged in January last year “in connection with alleged culpable and reckless conduct” following a police investigation into an alleged breach of pandemic regulations in September 2020.

Prosecutors allege that having booked a test for COVID-19, stating in the booking application that she had symptoms of the disease, and having been told to self-isolate, Ferrier “culpably and recklessly” put people at risk by visiting places including Lifestyle Leisure Centre, a beauty salon, a gift shop in Rutherglen, South Lanarkshire, a Church in Glasgow, and a Bar in Prestwick, South Ayrshire.

Ferrier was also said to have taken a taxi from Cambuslang to Glasgow Central Station, and from there allegedly took a train from Glasgow Central to London Euston and back, and visited the Houses of Parliament in London, along with other places unknown to prosecutors.

Neal McShane, defence lawyer for Ferrier said the defence was yet to receive a virologist report and asked for a further pre-trial hearing.

“An issue that remains outstanding for the defence in relation to this case is that we are attempting to obtain a report from a virologist,” McShane told the court.

“A doctor had been identified and we’ve passed him the paperwork, but due to the outbreak of monkeypox he is required to work for a number of different people for that and as such we do not as yet have a report.”

He also said the issue of funding for the report has to be confirmed.

Sheriff Gerard Considine set a further pre-trial hearing for July 26 ahead of the trial which has been set for Aug. 15.

Ferrier was suspended from the Scottish National Party after the accusation emerged. But she resisted the pressure for her to resign as an MP.