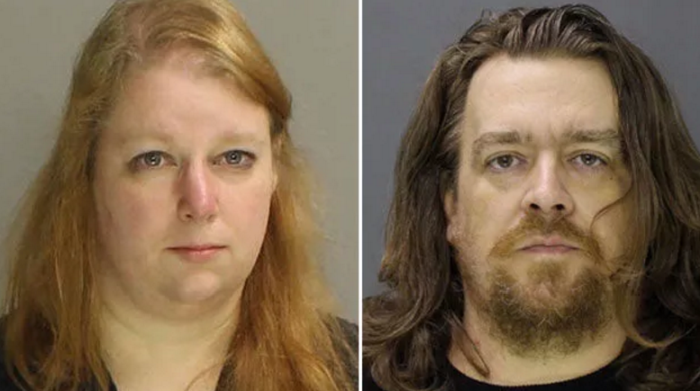 A Pennsylvania woman whose dismembered 14-year-old adopted daughter’s remains were found in the woods last fall has been arraigned on charges she killed the girl as part of a “fantasy”-type-scenario she shared with her boyfriend.

Sara Packer was arraigned Sunday on charges including criminal homicide, rape, and abuse of a corpse. Her boyfriend, Jacob Sullivan, was arraigned on similar charges hours earlier.

Officials say 14-year-old Grace Packer was beaten, assaulted before she was poisoned and hours later killed in July.

Packer has been ordered held without bail and is to be transferred to Bucks County Prison.

The couple didn’t enter pleas. No attorney information for either is available.

“Following this, she was bound, gagged, and left to die in a cedar closet in [the] 3rd floor attic,” the charging document said. “Jacob Sullivan described the attic as extremely hot.”

“After they murdered her, they maintained the pretense of Grace being alive so that they could continue to profit off of her existence,” Weintraub also noted.

As Sullivan was taken into court Sunday, he told reporters he was sorry for what he did to Grace Packer. Grace was the adopted daughter of Packer.

No attorney information for either is available.