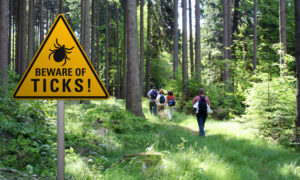 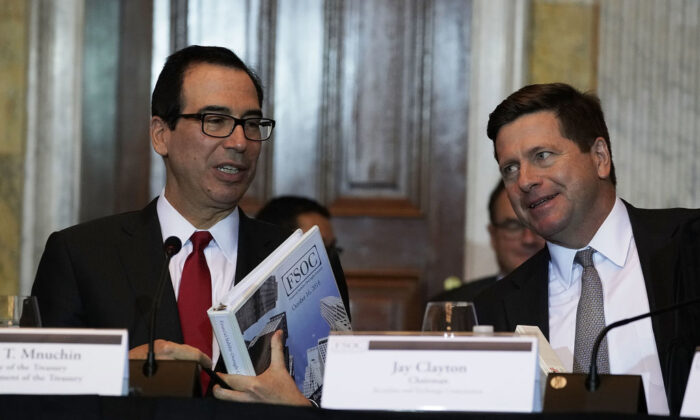 Treasury Secretary Steven Mnuchin, in providing an update on the COVID-19 relief package, told reporters on Tuesday morning that negotiations are still stalled, although there is still a desire among both Republicans and Democrats to pass relief measures.

Mnuchin said he believes that House Speaker Nancy Pelosi (D-Calif.) would be willing to hold talks with him and other negotiators when she reconvenes the chamber to vote on legislation that prohibits the U.S. Postal Service from implementing changes.

Earlier this month, Mnuchin, White House chief of staff Mark Meadows, Sen. Chuck Schumer (D-N.Y), and Pelosi were holding talks on a stimulus package. However, the parties disagreed on the scope and size of the package, with Republicans seeking a smaller bill.

“Speaker Pelosi is coming back to look at Postal, hopefully she’ll be more interested in sitting down,” he said in an interview.

Pelosi and Schumer said earlier in August that they want to pass a bill worth $2 trillion at the very least, coming down about $1 trillion from Democrats’ HEROES Act, which cleared the House in May.

Mnuchin, at the same time, said he is not sure when talks may start again or if Democrats are willing to make concessions.

“We started with a trillion dollars, we agreed to increase that in several areas in an effort to compromise,” he said, referring to the $1 trillion Republican HEALS Act. “They didn’t come down, they never made us a proposal at two trillion, they never gave us a line-by-line counter.”

“The good news is despite Congress not acting, because Pelosi and Schumer aren’t willing to sit down and strike a reasonable deal, the president moved forward with the [executive order] to help people who are still unemployed,” Mnuchin added in another interview.

The HEROES and HEALS Acts are both intended to offset U.S. economic losses and financial damage caused by the (Chinese Communist Party) CCP virus pandemic.