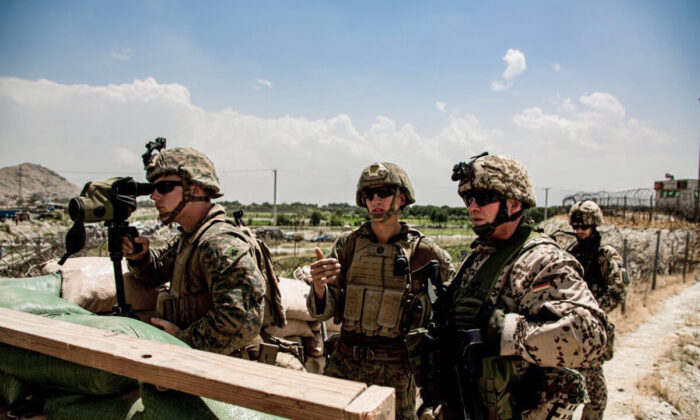 The U.S. Marine dismissed from command after criticizing senior military leadership on the handling of the U.S. troop withdrawal from Afghanistan, announced on Sunday that he is resigning his commission.

“I’m currently not pending legal action and I could stay in the Marine Corps for another three years, but I don’t think that’s the path I am on. I’m resigning my commission as a United States Marine effective now,” Lt. Col. Stuart Scheller said in his latest video shared on his personal Facebook and LinkedIn accounts. “I am forfeiting my retirement, all entitlements, I don’t want a single dollar.”

Scheller defended his first video published on Aug. 26, which criticized the Afghanistan withdrawal, saying he was calling for “accountability of my senior leaders” over “obvious mistakes that were made.”

“I’m not saying we can take back what has been done. All I asked for was accountability, for people to comment on what I said and to say, ‘Yes, mistakes were made.’ And had they done that I would have gone back into rank-and-file, submitted, and accomplished what I wanted,” Scheller said.

Scheller acknowledged that he was forgoing a pension fund and benefits, but said that chasing after “stability and money” makes people a “slave to the system” and makes them compromise on their principles.

“I don’t need a single dollar. I just need every single person that’s willing to go back outside the wire every single day to wear a blue collar, and just go into work every single day and feed their families,” he said. “Those are the people that I need. Follow me and we will bring the whole [expletive] system down.”

The Epoch Times has contacted the Marine Corps for comment.

Scheller’s initial video was posted on the same day that 13 U.S. troops and more than 100 Afghans were killed in an attack outside Kabul’s international airport.

The terrorist group ISIS-K, an ISIS affiliate, claimed responsibility for the Aug. 26 attack, although self-declared acting president, Afghanistan’s former Vice President Amrullah Saleh, has said he believes the Taliban was involved in the bombing.

“The 13 service members that we lost were heroes who made the ultimate sacrifice in service of our highest American ideals and while saving the lives of others,” U.S. President Joe Biden said in a Saturday statement following the attack. “Their bravery and selflessness has enabled more than 117,000 people at risk to reach safety thus far. May God protect our troops and all those standing watch in these dangerous days.”