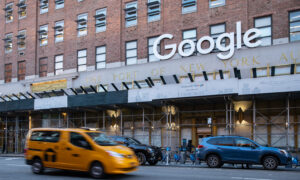 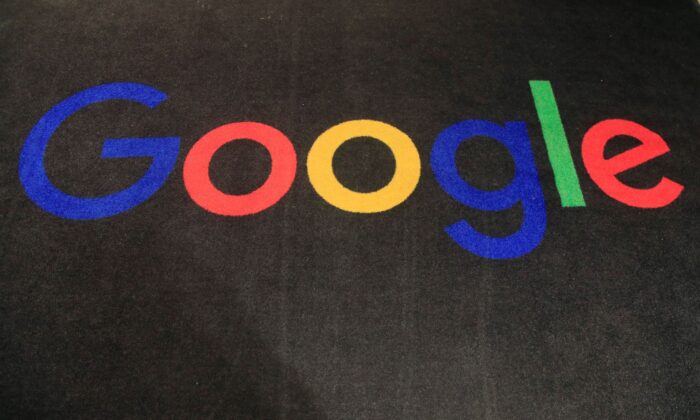 The logo of Google is displayed on a carpet at the entrance hall of Google in Paris, France, on Nov. 18, 2019. (Michel Euler/AP Photo)
Australia

The Australian Federal Court has found Google guilty of misleading customers about personal location data collection on android mobile devices in a world-first enforcement action by the country’s consumer watchdog.

The Australian Competition and Consumer Commission (ACCC) has been pursuing legal action against Google’s “misleading conduct” since Oct. 2019.

“This is an important victory for consumers, especially anyone concerned about their privacy online, as the Court’s decision sends a strong message to Google and others that big businesses must not mislead their customers,” ACCC Chairman Rod Sims said.

“Today’s decision is an important step to make sure digital platforms are upfront with consumers about what is happening with their data and what they can do to protect it,” Sims said.

The ACCC claimed Google breached Australian consumer law from at least Jan. 2017 when it gave users the false impression of opting out of location data collection when the ‘location history’ setting was turned off.

Google, the court found, did not properly disclose to customers that both the ‘location history’ and ‘web & app activity’ settings had to be switched off if customers did not want their personal data collected, kept, and used by the tech giant.

Federal court judge Justice Thomas Thawley concluded that Google’s conduct “would not have misled all reasonable users.” But would have likely misled some reasonable users, he said.

“The number or proportion of reasonable users who were misled, or were likely to have been misled, does not matter for the purposes of establishing contraventions,” Thawley said in the judgement.

The ACCC chairman said he was “absolutely delighted” with the positive court outcome and noted it was the “first ruling of its type in the world” concerning location data issues.

“Companies that collect information must explain their settings clearly and transparently, so consumers are not misled,” Sims said. “Consumers should not be kept in the dark when it comes to the collection of their personal location data.”

However, Google said the court had rejected many claims made by the ACCC and that it disagreed with the final ruling. The company also declared it was looking into the possibility of appealing the case.

“We disagree with the remaining findings and are currently reviewing our options, including a possible appeal,” a Google spokesman said.

“The reality is most people have little to no idea on how much of their data is being used by Google and online platforms,” CRT director Peter Lewis said. “Australia Institute research shows that you need a university education and that it takes an average of 74 minutes to read most terms and conditions.

“It is hardly surprising that people end up in this strange world between accepting terms and not understanding them,” Lewis.

Rob Nicholls, an associate professor at the University of New South Wales, told The Epoch Times that the ruling was a major decision that would impact the approach to “click-through” agreements on a global basis.

However, he said it would not affect Google’s current business model.

“It was interesting that the judgment took the view that the conduct was only partially misleading,” Nicholls said. “This is likely to be important in [Google’s] appeal process.”