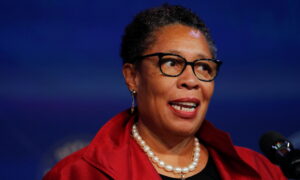 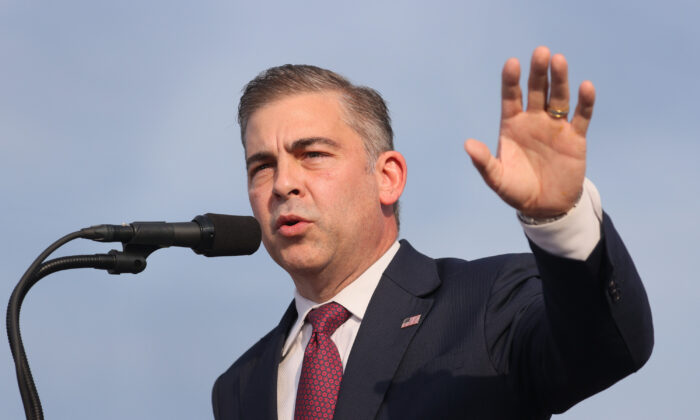 Voters on Tuesday will cast ballots for two special House of Representatives elections in Ohio.

Carey is among the candidates vying to fill the seat representing Ohio’s 15th Congressional District, which was held by Stivers before he stepped down in May to become the president and CEO of the Ohio Chamber of Commerce.

Trump said in a video on Monday that Carey “is going to do a fantastic job on Second Amendment, on the military, on our vets—on every single element of what we’re doing, and really a big focus on crime.”

Carey, an Army National Guard veteran and former coal executive, is one of a dozen Republicans running for the seat, which is expected to stay in the GOP.

Carey says he’ll focus on “America first policies” championed by Trump, such as lowering taxes, working on fair trade deals, and investing in the military, if he’s elected.

The race will test the power of Trump’s endorsement. Ohio Rep. Jeff LaRe received the backing of Stivers.

The winner of Tuesday’s primary will move onto the general election, which is slated for Nov. 2.

The other special election primaries are for the seat representing Ohio’s 11th Congressional District.

Fudge held the seat before stepping down to become President Joe Biden’s secretary of housing and urban development in March.

The seat is expected to remain controlled by Democrats, but 13 candidates are hoping to win the primary.

The House is controlled at present by Democrats. They hold a 220-212 majority.

The only other vacancy is in Florida’s 20th Congressional District, where Rep. Alcee Hastings (D-Fla.) died in April.

Primaries for that seat will take place on Nov. 2. The general election is scheduled for Jan. 11, 2022.