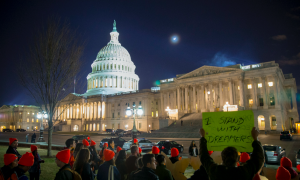 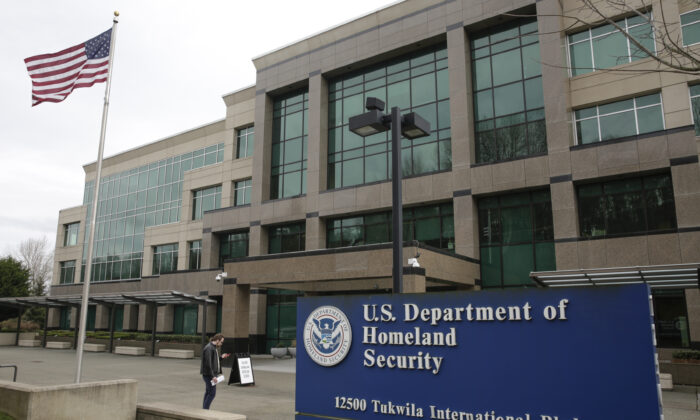 A man stands outside the Department of Homeland Security (DHS) building in Tukwila, Wash., on March 3, 2020. (Jason Redmond/AFP/Getty Images)
US News

The U.S. Citizenship and Immigration Services (USCIS) on Monday issued a guidance, detailing how it will limit the scope of the Deferred Action for Childhood Arrivals (DACA), the Obama-era program providing protection against deportation and work authorization to illegal immigrants who were brought into the country as children.

The USCIS, which oversees naturalization and other legal immigration processes, said the guidance will uphold a July 28 memorandum from the U.S. Department of Homeland Security (DHS). Specifically, the agency will reject all first-time DACA status and work-permit applicants applicants, and reduce the term of renewals for existing DACA beneficiaries to one year instead of the usual two.

The guidance also narrowed the authorization of the Obama-era “advance parole,” which DACA recipients could use to travel internationally for “education, humanitarian and work purposes,” including participating in study abroad programs. Under the new rule, DACA recipients may only obtain advance parole to travel outside the United States in a few scenarios, such as an urgent U.S. national security or law enforcement interest or the need for a life-sustaining medical treatment that can be performed only in a foreign country.

“In most instances, traveling abroad for educational purposes, employment related purposes, or to visit family members living abroad will not warrant advance parole,” the guidance reads, suggesting that it will be highly unlikely, if not impossible, for DACA students to obtain an advance parole for study abroad program.

The move could close a potential illegal immigration loophole, which was pointed out by Senate Judiciary Committee Chairman Chuck Grassley (R-Iowa) in 2017. According to the senator, more than 45,000 DACA recipients by that time have been approved for advance parole, which allows a DACA recipient to travel out of the country and legally return, making them eligible to adjust their immigration status and receive permanent residency.

The DHS memorandum came after the Supreme Court rejected the Trump administration’s attempt to terminate DACA in 2017, saying the administration failed to provide sufficient rationale for DACA’s termination. The high court nonetheless didn’t rule on whether DACA recipients have a permanent right to live in the United States, meaning that the DHS could still end the program, as long as it follows proper legal procedures.

“DACA policy, at a minimum, presents serious policy concerns that may warrant its full rescission,” Chad Wolf, acting DHS Secretary, said in the memo. “At the same time, I have concluded that fully rescinding the policy would be a significant administration decision that warrants additional careful consideration.”