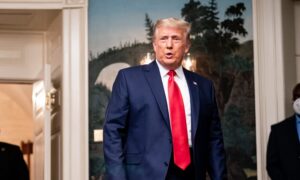 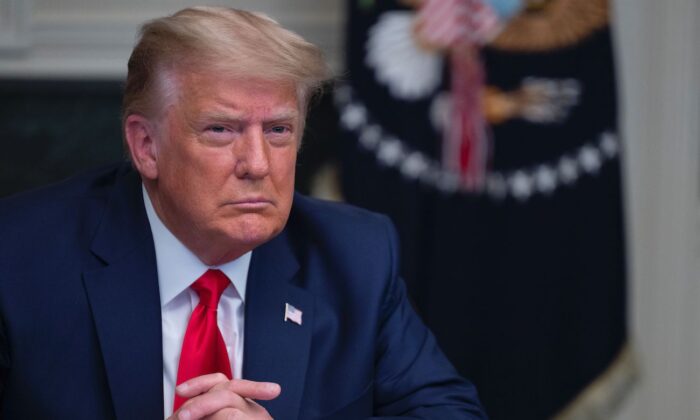 President Donald Trump’s re-election campaign and the Republican National Committee (RNC) announced that they have raised $207.5 million since Election Day on Nov. 3.

Trump 2020 campaign manager Bill Stepien said that the fundraising numbers show the president “remains the leader and source of energy for the Republican Party, and that his supporters are dedicated to fighting for the rightful, legal outcome of the 2020 general election.”

“It also positions President Trump to continue leading the fight to clean up our corrupt elections process in so many areas around the country, and to build on gains from the 2020 elections so we can take back the House and build on our Senate majority in 2022,” Stepien added.

RNC Chairwoman Ronna McDaniel thanked supporters for the donations and said the teams will continue to fight for election integrity.

“The American people know what’s at stake,” she said in a statement. “Thanks to our incredible supporters, we’ve been fighting tooth and nail to uphold election integrity across the country and defend our Senate Republicans in Georgia.”

She added, “We are investing millions to push back against the Democrats’ unprecedented power grab and drive a massive Get Out The Vote operation in the Peach State. The Work we are doing today is critical to ensuring a better tomorrow for all Americans.”

Georgia will hold twin Senate run-off races on Jan. 5. The president recently expressed that he was “very worried” as to whether the election would be legitimate and said he had told Republican senators Kelly Loeffler (R-Ga.) and David Perdue (R-Ga.) that the state has a “fraudulent system.”

“You have a system with the flick of a switch, or the putting in a new chip, can change the course of history. And you have to be very careful,” Trump said on Nov. 26.

On the same day, when the president was asked about what he will do if the Electoral College elects Democrat Joe Biden, Trump said, “It’s going to be a very hard thing to concede, because we know there was massive fraud.”

These entities were set to file with the Federal Election Commission on Dec. 3 for the reporting period of Oct. 15-Nov. 23, where all of the entities except Save America—which was formed after Election Day—raised a grand total of $495 million.

Trump and other third parties are mounting legal challenges across multiple U.S. states over voting irregularities, voter fraud allegations, and other issues related to Election Day.

Biden has declared victory in the election and media outlets have begun referring to him as “president-elect.”

The Electoral College is scheduled to vote on Dec. 14 to decide the outcome of the race. The votes are scheduled to be counted during the Jan. 6, 2021, Joint Session of Congress in Washington.