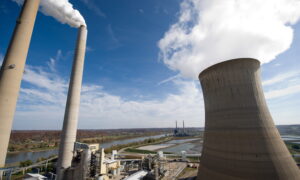 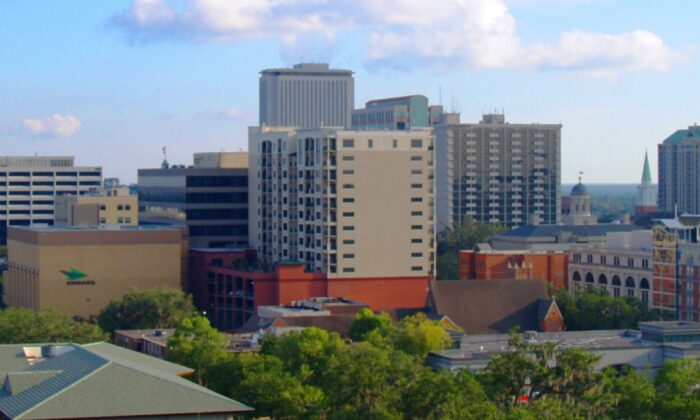 The City of Tallahassee, Florida, is challenging a state constitutional amendment that bolsters crime victims’ rights by curbing the state’s open-records laws.

Florida’s First District Court of Appeal ruled on April 6 in the case that the amendment, which shields the identities of crime victims, covers police officers who are victims of crime.

Tallahassee officials argue the ruling has the effect of interfering with the ability of the public to hold police accountable in a state renowned for its laws guaranteeing public access to government records.

The appeal comes less than a month after the U.S. Department of Justice decided not to pursue criminal charges against the still-unidentified U.S. Capitol Police officer involved in the fatal shooting of 35-year-old Ashli Babbitt during the security breach at the U.S. Capitol on Jan. 6, while Congress was in the process of officially certifying the 2020 presidential election results.

The federal government has withheld the identity of the police officer. Unlike many other police organizations, there is reportedly no rule requiring the U.S. Capitol Police force to provide the name of the shooter.

“Faced with the imminent threat of harm, the officers responded in kind, resulting in fatalities. Following the encounters, the City of Tallahassee revealed its intent to disclose the identities of the police officers to the public. The officers and their registered bargaining representative, the Florida Police Benevolent Association Inc. … opposed public disclosure of the officers’ identities and sought a declaration from the trial court that the officers were entitled to the protections granted crime victims.”

The appeal, cited as City of Tallahassee v. Florida Police Benevolent Association Inc., was filed with the Florida Supreme Court on May 4. The current mayor of Tallahassee is John E. Dailey, a Democrat who succeeded Andrew Gillum, also a Democrat, in 2018.

Amendment 6 was approved by Sunshine State voters in 2018, receiving a 61.6 percent “yes” vote, according to Ballotpedia.

The ballot question dealt with three separate proposals. One added specific rights of crime victims, collectively known as Marsy’s Law, to the state Constitution; another raised the judicial retirement age to 75 from 70; and another prohibited state courts from deferring to an administrative agency’s interpretation of a state statute or rule in lawsuits.

The effort to enshrine Marsy’s Law across the United States came about after Marsalee (“Marsy”) Nicholas was murdered by her former boyfriend. A week later, her brother and mother were shocked to encounter the ex-boyfriend at a grocery store, unaware he had been released by the authorities. A legal reform movement emerged led by the brother, tech billionaire Henry Nicholas.

The legal case now before the Florida Supreme Court is touted as the first major test of whether Marsy’s Law is at odds with government transparency guarantees incorporated into what are arguably the nation’s most sweeping public-records laws.

The appeals court ruled that there is nothing in Marsy’s Law that “excludes law enforcement officers—or other government employees—from the protections granted crime victims.”

A police officer “meets the definition of a crime victim” under Marsy’s Law “when a crime suspect threatens the officer with deadly force, placing the officer in fear for his life.”

The two police officers mentioned in the legal proceeding were involved in separate use-of-force incidents. The officer identified as “John Doe 2” shot a black transgender person in May 2020 in an incident that received national media attention, according to TV station WJXT.

Because the officer was the victim of an aggravated assault with a deadly weapon in the incident involving Natosha “Tony” McDade, the police association argued he was entitled to privacy protections under Marsy’s Law.

The appeals court ruling overturned a ruling by a Leon County Circuit judge who determined the “explicit language of Marsy’s Law was not intended to apply to law enforcement officers when acting in their official capacity” and ordered the city to release the officers’ names.

Cassandra K. Jackson, city attorney for Tallahassee, said the city brought the case out of concern about government transparency.

The city of Tallahassee is seeking review of the appeals court decision “finding that police officers, while performing their public duties, are to be afforded the protections of Marsy’s Law,” Jackson told The Epoch Times in an emailed statement.

“This case is one of great public importance to the State of Florida in its appellate level interpretation of Article 1, Section 16 of the Florida Constitution (Marsy’s Law). With respect for the Court’s opinion and appreciation of the difficult work performed by police officers every day, the decision has far-reaching implications related to public transparency and is deserving of final review by Florida’s highest court.”