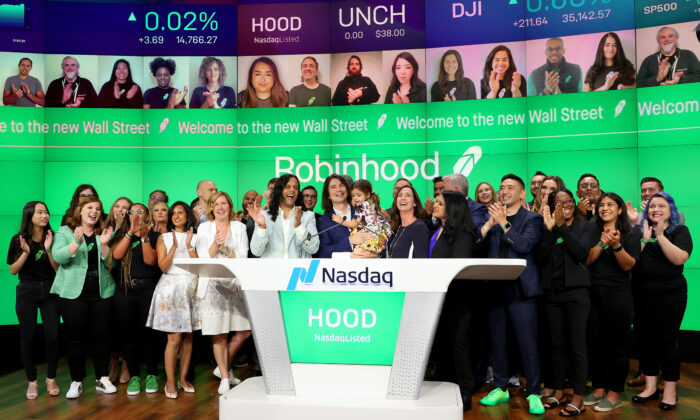 Silicon Valley Is Swimming in Capital Amid Record Fundraising

Private equity deals rose to a record in the first nine months of 2021, already surpassing full-year numbers recorded in previous years, according to new data from PitchBook and the National Venture Capital Association.

Silicon Valley still gets the lion’s share of venture capital as investors seek high-return opportunities in the ongoing tech boom, the data showed.

U.S. private equity (PE) investment activity totaled $787 billion across 6,004 deals in the first nine months. This was much higher than the previous record of $751 billion in investment across 5,709 deals in 2019, before the pandemic, according to a report by PitchBook, data provider for the private equity industry.

“The climate is bullish across the board as PE firms take advantage of markets awash with liquidity,” the report states.

Low interest rates in the country are encouraging PE firms to pursue massive deals at record levels. In addition, a potential capital gains tax hike proposed by the Biden administration has accelerated deals as sellers want to conclude transactions before year-end. This year’s deals involved the sale of large family-owned companies such as Medline Industries, a manufacturer and distributor of medical supplies and equipment.

PE firms are also in a “race” to invest in high-growth startups driving up valuations.

Silicon Valley and San Francisco continued to dominate the venture capital world. The fund raised by the Bay Area startups reached a record level of $88 billion in the first nine months.

Deal sizes have also grown rapidly this year. Megadeals (deals over $1 billion) have propelled the private equity industry to a record, according to the report.

In the first nine months of this year, U.S. venture capital firms raised $96 billion from investors, surpassing the $85.8 billion raised in the full year of 2020.

The largest fund of the year was Tiger Global’s $6.6 billion venture fund closed in April. And private equity giant TPG raised $5.4 billion in July for the largest climate-focused private equity fund. Environmental, social, and governance (ESG) investing has been a hot topic among private equity firms.

“This immense influx of capital has created an embarrassment of riches sloshing around Silicon Valley, driving a host of other eye-popping trends in 2021,” the report said.

So far, 2021 was a record year for exits, as well, as investors seek to monetize their investments. Exit values rose to a record of more than $582 billion, according to PitchBook, with acquisition activities—rather than public offerings—remaining the biggest component of overall exits.

While it’s unclear when these trends will slow, rising inflation and growing uncertainty could dampen venture capital activity, according to industry experts.

The deal-making pace has been very intense this year, especially for employees. The U.S. private equity firm Carlyle, for example, asked staff to “take mandatory time off to recharge,” Bloomberg reported in September.

Financial technology firms have been particularly successful in attracting funds this year. A record total of $39 billion in venture capital has been invested in Fintech startups such as Chime, Carta, and Varo, according to PitchBook.

“We predict Q4 2021 will continue apace as bankers and PE firms work through the backlog of deals in their pipelines,” the report stated, and in 2022, the “frenetic pace of dealmaking” could continue if the current environment of cheap debt and high economic growth persist.