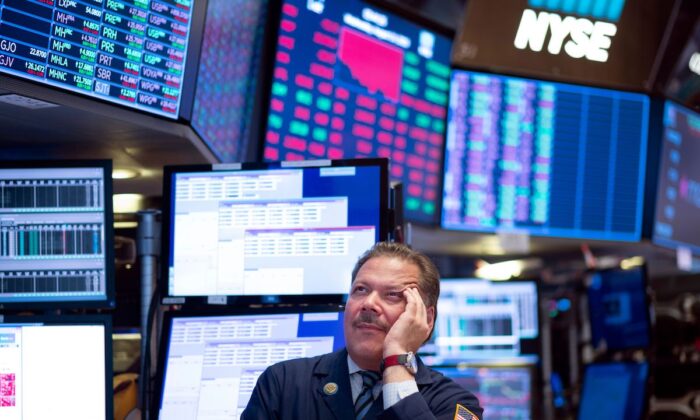 House Bill Would Restrict US Investments in Chinese Regime-Linked Companies

The measure, named the Protecting National Security in Financial Investment Act (H.R. 8407), would require the Securities and Exchange Commission (SEC) to submit a report assessing whether investments in Chinese-linked companies placed on the U.S. entity list should be disclosed in accordance with securities laws.

The entity list, administered and enforced by the Commerce Department’s Bureau of Industry and Security, names foreign companies considered to be posing a threat to the national security or foreign policy interests of the United States. American firms are required to obtain a special government license before they can do business with companies on the list.

The bill proposes that following the report, the SEC may establish regulations requiring financial institutions to disclose investments made in companies on the entity list in their annual reports.

“The Chinese Communist Party and its companies are exploiting U.S. capital markets to covertly access investment dollars to fuel their malign activity,” McCaul said in a Sept. 29 statement.

Currently, more than 300 Chinese companies are on the list, including telecom giant Huawei and 152 of its affiliates.

The bill would also require creating a new entity list, to be compiled by the secretary of state, of Chinese companies that have ties to four Chinese military and government entities: the People’s Liberation Army (China’s military), the Armed Police Force, the Ministry of State Security (China’s chief intelligence agency), and the Coast Guard.

Companies that carry out China’s military-civil fusion strategy, subsidiaries of China’s defense universities, and defense contractors also would be added to the list.

Within a year after the bill is enacted, the new list would be submitted to Congress and annually thereafter.

Beijing’s military-civil fusion strategy is a state-directed initiative to leverage cooperation between the military and private industry to advance technology innovations. According to the U.S. State Department, Beijing aims “to achieve military dominance” with the strategy by “acquiring and diverting the world’s cutting-edge technologies—including through theft.”

The proposal follows about a week after Secretary of State Mike Pompeo gave a speech at Wisconsin’s state capitol on the challenges of confronting China’s threats.

One of the concerns he mentioned was U.S. state pension funds investing in China’s state-controlled companies, such as Wisconsin Retirement System investments in China’s state-owned telecom firm China Mobile.

“They’re an integral part of Chinese Orwellian surveillance system. Do you want your teachers, your firefighters, your policemen invested in those kinds of activities?” Pompeo said.

According to the UW System trust fund’s quarterly investment review released in June, it invests in a portfolio with several Chinese companies making up the top 10 holdings, such as state-owned China Construction Bank, Chinese tech giants Alibaba and Tencent, and China Mobile.

The California Public Employees’ Retirement System (CalPERS), the largest pension fund in the United States, has also recently come under close scrutiny for its investments in Chinese companies.