Canada Signs Deals With Pfizer, Moderna to Get Doses of COVID-19 Vaccines
0 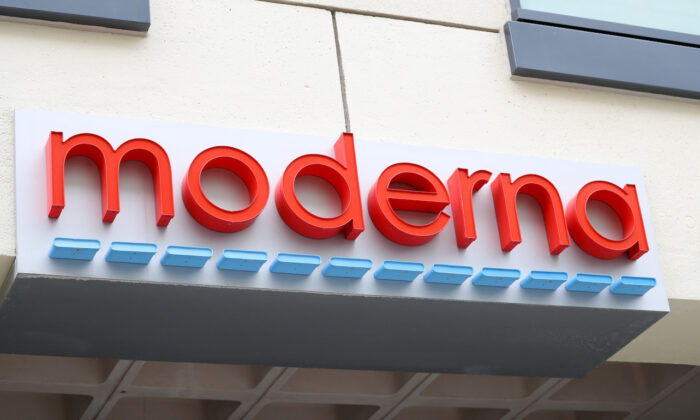 Moderna Could Know If Vaccine Is Effective by End of October: CEO

Moderna could know whether its CCP virus vaccine candidate is effective by the end of October, chief executive officer Stephane Bancel said Thursday.

Bancel said that the timing of the results of a large, pivotal study on the company’s CCP (Chinese Communist Party) virus vaccine was dependent on the rates of infection in the areas where trials are being carried out in the United States. He said this is because the study is comparing the number symptomatic virus cases between unvaccinated individuals and those who have received a shot.

“If the infection rate in the country were to slow down in the next weeks, it could potentially be pushed out in a worst-case scenario in December,” he told CNBC in an interview.

Both Moderna and Pfizer have recruited roughly two-thirds of the needed participants. Moderna said this week that roughly 28 percent of its participants were from diverse communities.

Like Pfizer, Moderna’s experimental vaccine, mRNA-1273, is a messenger RNA, meaning that it relies on segments of genetic material delivered into cells to help stimulate an immune response.

While the technology can be used to fast-track a vaccine’s development over other methods, a setback of mRNA vaccines includes needing to store and distribute them at cold temperatures to prevent them from degrading.

According to Biopharmadive, Pfizer’s mRNA vaccine needs to be transported at -94 degrees Fahrenheit, while Moderna has an edge, but still requiring conditions at -4 degree Fahrenheit for transport.

Centers for Disease Control and Prevention officials previously told the Advisory Committee on Immunization Practices (ACIP) that these requirements “will make it very difficult for community clinics and local pharmacies to store and administer.”

On the other hand, AstraZeneca’s vaccine based on an adenoviral vector requires only refrigeration.

Bancel said in a statement Thursday, “The Moderna team has made significant progress since our last R&D Day 12 months ago. The pipeline has matured with our COVID-19 vaccine in a Phase 3 study and four candidates in Phase 2 studies. We are actively preparing for a potential commercial launch of mRNA-1273, our COVID-19 vaccine, and we continue to expand the breadth of Moderna’s platform.”

President Donald Trump has pumped roughly $10 billion in taxpayer money into vaccine development as well as therapeutics options under project Operation Warp Speed. He has instructed the military to prepare for the delivery of 150 million to 200 million vaccine doses.

The administration hopes a vaccine will be deemed safe by the Data and Safety Monitoring Board, which is independent of the FDA, by the end of the year, but possibly as soon as October “for everyone that wants to get it,” Trump says.

“Not everybody’s going to want to get it.”

The government will pay the company $1.525 billion.

The price per dose comes to around $30.50 for a two-dose regimen.

The number of Americans who have died with COVID-19 stands at almost 198,000, as of Sept. 18, according to Johns Hopkins University.

The CDC reported that in 94 percent of the fatal cases, the individuals suffered from an average of 2.6 additional health conditions, while 80 percent of deaths have occurred among adults 65 years and older.

Zachary Stieber and Charlotte Cuthbertson contributed to this report.