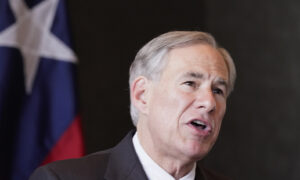 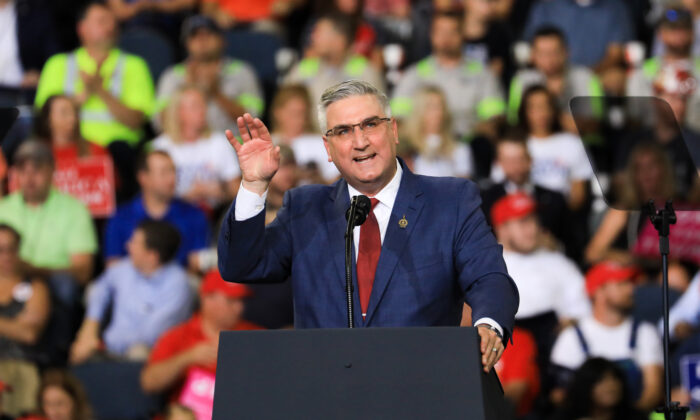 The lawsuit, which was filed last week, seeks to force Indiana to return to the $300-per-week program, which was slated to end in September. Holcomb, a Republican, said he made the decision in a bid to motivate unemployed people into finding work amid reports of staffing shortages nationwide.

“It’s not black and white,” Shanon Singer-Mann, one of the plaintiffs, told the Indianapolis Star. “Everybody’s story is not the same. I’m not going back to work, not at the risk of my son’s life.”

Singer-Mann added that after the governor’s decision removing the extra unemployment benefits, “we’ll have to decide which utility bill to pay, which household items to let go of,” and “we’ll have to change what kind of shampoo we use, what kind of toilet paper we use.”

Another plaintiff, Rev. David Greene, president of the Concerned Clergy of Indianapolis, alleged that his “community is dealing with enough stress and trauma.”

The lawsuit was filed on June 17 by the Macey Swanson Hicks & Sauer law firm in the Marion County Superior Court. The suit argued that Indiana law requires the state to procure federal insurance benefits to its residents and said Holcomb’s actions would hurt thousands of people.

“These benefits have provided life-sustaining and crucial assistance to many Hoosiers during the pandemic,” Jon Laramore, executive director of Indiana Legal Services, said in a statement to The Associated Press. “The legislature passed a law creating a right to these benefits, and we’re asking Governor Holcomb to follow the law.”

However, the governor’s office, in a statement to media outlets last week, said it is working with the federal Department of Labor to end the program.

Indiana’s Department of Workforce Department “has timely notified impacted claimants about the state’s withdrawal from the federal programs and continues to connect impacted Hoosiers with the resources they need to gain skills and be matched with employment,” a spokesperson said in a statement.

Dozens of GOP-led states in recent weeks have pulled out of the federal benefits program—which was passed for the first time under the CARES Act in March 2020—with officials arguing that businesses cannot find employees to hire.

“As Alabama’s economy continues its recovery, we are hearing from more and more business owners and employers that it is increasingly difficult to find workers to fill available jobs, even though job openings are abundant,” said Alabama Gov. Kay Ivey last month in announcing her administration would leave the program.

And it now appears that blue states may also be following suit.

California’s Employment Development Department recently announced it will reinstate the federal requirement requiring people who are out of work to be actively searching for a job, starting in mid-July 15. The work-search rule was waived in March of 2020.

The lack of job-seekers nationwide was perhaps illustrated best in April when a McDonald’s franchise owner in Florida told news outlets that he directed the company’s hiring staff to offer $50 for applicants who show up for an interview. However, according to him, the company still had difficulties finding workers.