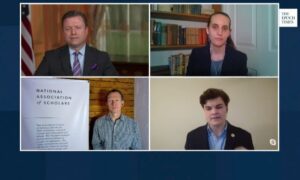 Live Panel: Corrupted by China: The College Board and K-12 Education
0 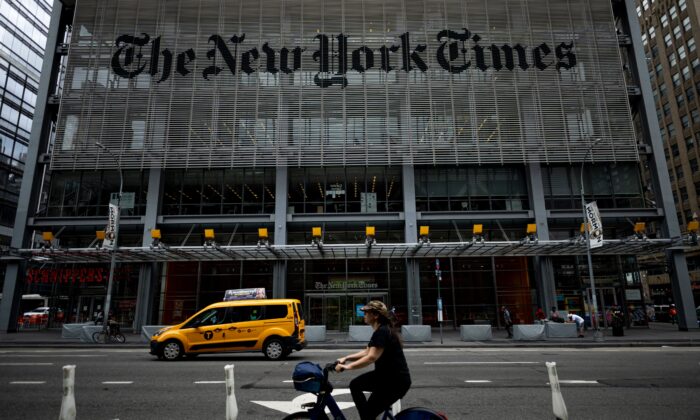 Two House Republicans have introduced a bill that would pull federal funds out of public schools incorporating The New York Times’ controversial “1619 Project” as a part of their history curricula.

The bill, called the Saving American History Act, was put forward by Reps. Ken Buck (R-Colo.) and Rick Allen (R-Ga.) as a companion legislation to the one introduced in the Senate by Sen. Tom Cotton (R-Ark.) in July.

Spearheaded by New York Times reporter Nikole Hannah-Jones, the 1619 Project aims to “reframe American history” by presenting the United States as a nation that is inherently racist, with slavery as its foundation. The project consists of a collection of essays that argue, among many other controversial claims, that the real reason for the American Revolution was to preserve slavery, and that slavery was the primary driver of American capitalism during the 19th century.

“The 1619 Project teaches children a historically inaccurate account of our nation’s history,” said Buck in a statement. “Federal funding should not go towards schools that teach flawed and inaccurate curriculum in classrooms. We should be able to acknowledge the stains on our nation’s history while still continuing to celebrate the good our country has done.”

If the proposed legislation passes, school districts that adopt the curriculum would lose federal professional development funds. Federal funding would also be reduced to reflect any “cost associated with teaching the 1619 Project, including in planning time and teaching time.” It would not affect funds intended for low-income or special-needs students.

The bill comes as President Donald Trump announced plans of establishing a new commission to promote a patriotic alternative to the 1619 Project in U.S. schools.

Speaking during the Constitution Day event, Trump said the 1776 Commission will be tasked to encourage educators to teach about “the miracle of American history” and make plans in celebration of the 250th anniversary of the founding of the United States. He also stated that the National Endowment for the Humanities has awarded a grant to support the development of a “pro-American curriculum.”

“The only path to national unity is through our shared identity as Americans,” Trump said. “That is why it is so urgent that we finally restore patriotic education to our schools.”