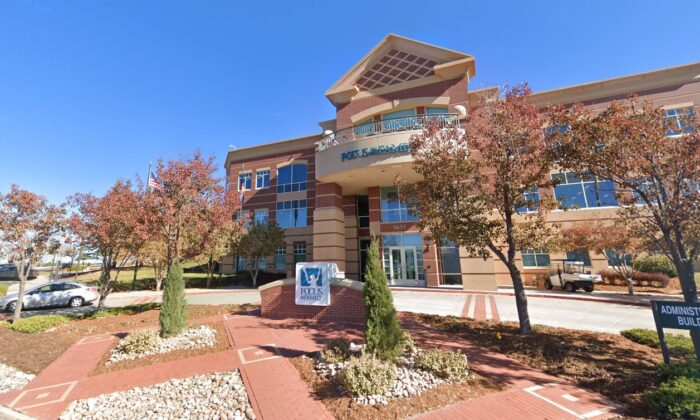 A large Christian organization told employees this week that they must soon reveal whether they’ve gotten a COVID-19 vaccine, upsetting some staff members and donors.

Focus on the Family’s President Jim Daly emailed staff members on Jan. 3 to say the company must request and receive each worker’s vaccination status by Jan. 9.

Daly cited the emergency temporary standard (ETS) implemented by the Department of Labor’s Occupational Safety and Health Administration (OSHA), which applies to every business with 100 or more workers.

The mandate was paused by courts and suspended by the agency, but an appeals court panel in mid-December said the mandate could move forward and it was then reinstated.

Businesses were alerted by OSHA that enforcement of the mandate will begin on Jan. 10. The Supreme Court is set to hear arguments for and against the mandate on Jan. 7 but has not issued a stay.

“Therefore, at the recommendation of our general counsel, we need to start implementing the ETS order while praying the Supreme Court acts. Refusing to do so could cost Focus multiple millions of dollars in fines,” Daly wrote.

The mandate set off a firestorm inside the company and among donors.

“I understand why Focus on the Family had put out the information that they sent out. The thing that I’m having trouble understanding is why they’re not vocally and publicly fighting against the mandates, and saying that the government does not own our bodies, and that as a Christian organization, we believe that God owns our bodies and that we are free people not beholden to doing every terrible thing that the government wants us to do,” one employee told The Epoch Times on condition of anonymity.

A number of other workers share the concerns, the employee said.

If the mandate remains in place, a Focus donor told NTD, an Epoch Media Group outlet, that he and his spouse will stop financially supporting the organization.

“If they’re going to tell employees, ‘if you don’t get the vaccination you’re fired,’ That’s the end, I would totally withdraw my support,” the donor said.

Even if unvaccinated workers are retained but forced to wear masks, the donor will consider ending donations to the group.

“If there’s discrimination involved, then I’m not for it,” the donor said.

The OSHA mandate allows workers to stay unvaccinated, but those who don’t present proof of vaccination must wear masks and must get tested at least weekly for COVID-19.

Daly told workers that staffers who do not confirm they’ve been vaccinated by Jan. 10 must wear a mask at work. They must start getting tested on Feb. 9, he added.

Daly told NTD in an emailed statement that Focus, which has about 650 employees, is being forced to implement the mandate.

“Like many other organizations, Focus on the Family has deep concerns regarding the overreach of government relative to the COVID-19 vaccine/testing mandate. But the current OSHA regulation places us and every other organization with more than one-hundred employees in a difficult predicament,” he said.

“Failing to comply would threaten our ability to continue helping and serving millions of families. At the same time, we don’t believe our employees—or anyone else—should be forced to violate their deeply held convictions in this matter. It is our hope and prayer the Supreme Court will soon strike down this mandate as unconstitutional. After two years of unprecedented pain and loss, it is time for our nation’s policies to heal and unite and not hurt and divide our fellow Americans,” he added.

But the Focus worker who spoke to The Epoch Times found that stance lacking, arguing that instead of waiting for the Supreme Court to weigh in, the company should be going on the offense.

“The reality is that public opinion does have impact on rulings. I believe that has happened for a long time. And so if the public is crying out with one loud, big strong voice, saying ‘no, we will not be forced to do these things that you want to do to our bodies—whether it’s forced masking, whether it’s forced vaccination—and it is wrong for you to try and do that to us and we will not comply,” the worker said. “If Focus on the Family stood up and said that before the Supreme Court ruling and also gathered other organizations, other big Christian organizations— and there’s a lot of them out there—and with one big, strong voice we all pushed back fiercely against the federal government here, I believe it could sway the decisions.”