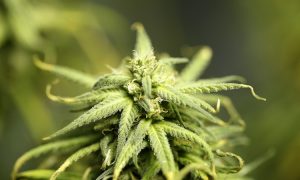 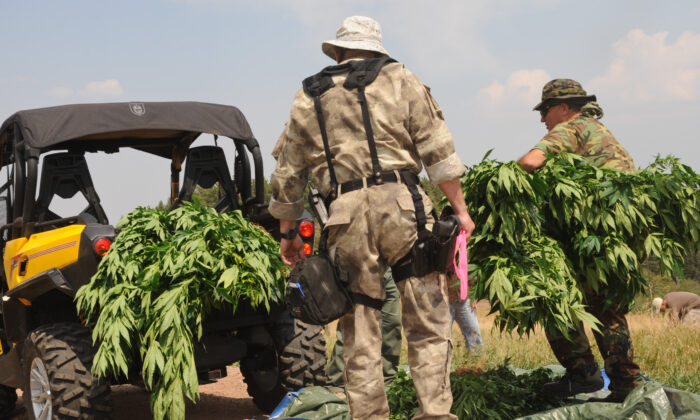 Classifying Marijuana Same as Tobacco: A Look at Colorado

WASHINGTON—With 42 states and the District of Columbia now having legalized marijuana in some form, federal lawmakers are pushing legislation to implement a national policy.

A raft of bills has been introduced in Congress to legalize marijuana federally, which would remove it from the list of scheduled substances under the Controlled Substances Act. Many of the proposals would retroactively expunge criminal records for marijuana possession and eliminate penalties for growing, selling, and possessing marijuana.

The most recent measure, introduced on July 30 by Sen. Tina Smith (D-Minn.), charges the Department of Health and Human Services (HHS) with regulating cannabis products “in the same manner, and to the same extent,” as tobacco, according to the text of the bill.

Smith, who is seeking reelection in November, said in an Aug. 3 statement that the federal prohibition on marijuana is “a failed policy that contributes to mass incarceration and the racist overpolicing of communities of color.”

“In addition to addressing the harmful and racist legacy of the War on Drugs … we must address marijuana legalization in a manner that ensures that cannabis and cannabis products are safe, regulated, and well-researched,” she wrote.

Similar legislation, introduced to the House in January 2019 by Rep. Earl Blumenauer (D-Ore.), aims to regulate marijuana the same as alcohol.

Federally, marijuana is illegal and listed as a Schedule 1 drug under the Controlled Substances Act, but since 1996, many states have approved its cultivation and use. Schedule 1 drugs are considered the most dangerous drugs, with a high potential for misuse, and include heroin, peyote, and ecstasy.

Recreational marijuana is different to medical marijuana in that its potency is higher and the users’ goal is divergent, according to Staci Gruber, associate professor of psychiatry at Harvard Medical School.

“Recreational users typically seek products high in THC, given their goal to ‘alter their current state of being’ or ‘get high,'” Gruber said. “In contrast, medical marijuana patients are typically not interested in getting high, but instead seek symptom relief.”

The main psychoactive ingredient in the cannabis plant, delta-9-tetrahydrocannabinol (THC), has increased exponentially over the past couple of decades, while the methods of ingestion have diversified.

In 1995, the average potency (THC level) of marijuana was around 4 percent, according to U.S. Surgeon General Jerome Adams. By 2014, it was up to 12 percent, and Adams said some products in dispensaries are around 25 percent potency.

Now, there are concentrated forms of marijuana in waxes and resins that have up to 80 percent potency. These concentrates are often used in an e-cigarette or vaping device.

“That’s like the difference between having a light beer in 1995 and drinking a pint of vodka today. It is literally that much of a difference in concentration,” Adams said during a Senate hearing in October 2019.

Colorado on a High

Colorado has the most liberal regulations for marijuana, permitting plants to be grown in people’s homes, rather than outdoors only.

In July 2013, Colorado legalized recreational marijuana and allowed adults aged 21 years or older to grow up to six plants on their premises. From 2018, the number of plants was increased to 12.

In 2014, the state fully regulated and commercialized both recreational and medical marijuana, and the first retail stores opened on Jan. 1, 2014. Recreational marijuana cultivation, possession, sale, and use is now baked into the Colorado Constitution.

John Hickenlooper, who was governor at the time the state legalized marijuana, said in 2019 during a brief presidential run that he wouldn’t federally legalize marijuana, but would leave it up to the states to decide.

Hickenlooper said he was initially against Colorado legalizing cannabis, but is now supportive.

“I think it’s so much better than the old system when we sent millions of kids to prison—most of them kids of color—and not only imprisoned them, but made them felons, made their already difficult lives much, much harder,” he said at a July 2019 presidential town hall.

But legalization also produced results antithetical to some assumptions.

“We thought that the black market would disappear,” Hickenlooper told PBS Newshour in 2019. “Evidently, it contracted, and then began to expand again. And that’s counterintuitive, right? It’s not what you would expect.”

Some advocates still say the black market would disappear if marijuana was federally legalized.

Black market marijuana operations in Colorado have “absolutely exploded,” since legalization, according to Randy Ladd, spokesman at the DEA’s Denver field division.

And allowing indoor growth has precipitated one of the biggest problems, he said.

“And so after harvest number three or four, once they’ve gotten good at growing marijuana—because it’s not an easy thing—they’ll come in and they’ll rob them,” Ladd said. The Cuban bosses send in a crew to rob them so that they get their harvest and the illegal aliens can’t count that harvest toward the five they owe.

He said that afterward, the houses are often ruined with mold created by the combination of high-intensity grow lights and water that the plants need.

“And they drill into the foundations of the house so that they can steal electricity,” Ladd said. One harvest can pay for the cost of the house and once they leave, they just patch over the mold for the unsuspecting buyer, he said.

Ladd said these numbers account for “only a fraction” of black market marijuana operations in Colorado and don’t include the many other cases conducted by other federal, state, and local law enforcement agencies.

Black market marijuana from Colorado is sent all over the United States, but much of it heads east.

Adams said policy on marijuana is moving faster than the science, which has resulted in the perception that the drug is safe; at the same time, the potential harm has increased with much higher potency.

Smith’s legislation charges the HHS secretary with developing a national strategy to “prevent youth use and abuse of cannabis, with specific attention to youth vaping of cannabis products.”

The current trend among young people nationally and in Colorado is an increase in use of high-potency marijuana.

One-third of young people who use marijuana vape it, Adams said. And because the marijuana is mixed with oils to increase potency, it causes lung tissue to be “eaten away.”

“No amount of marijuana use during pregnancy, or during youth when the brain is under development, is known to be safe,” he said.

Studies show that higher doses of THC are more likely to produce anxiety, agitation, paranoia, and psychosis. And frequent marijuana use during adolescence is associated with structural and functional changes in areas of the brain involved in attention, memory, decision-making, and motivation.

“It’s not harmless at all,” said Dr. Nora Volkow, director of the National Institute of Drug Abuse.

Marijuana was reported as the primary drug of abuse by 71.8 percent of youth under the age of 18 who were admitted for treatment in 2017. Marijuana use in young Colorado adults aged 18 to 25 years has increased from 21 percent in 2005 to 32 percent in 2015, according to a Colorado Department of Public Safety 2018 report.

Volkow said the effects of regular marijuana use on memory and learning can eventually lead to higher truancy and dropout rates from school. Regular marijuana in adolescence is also linked to increased rates of suicide attempts.

Studies also show that marijuana use is associated with other substance use. Teens aged 12 to 17 who reported frequent use of marijuana showed a 130 percent greater likelihood of misusing opioids in a 2017 study. And adolescents using concentrates show higher rates of other substance use, according to the Department of Public Safety report.

“The ER department in one of the main hospitals in San Diego [has had] an eight-fold increase in emergency admissions from cannabis over a period of eight years—it’s gigantic,” Volkow said.

Ladd said emergency room doctors in Colorado have told him that “not a shift goes by” where someone doesn’t come in with a marijuana overdose—either in a state of catatonia, psychosis, or “scromiting”—where a person who has overdosed on marijuana is screaming and vomiting at the same time.