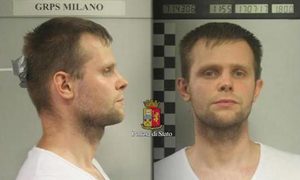 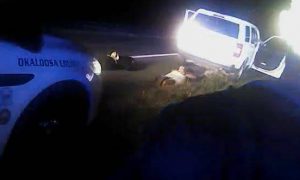 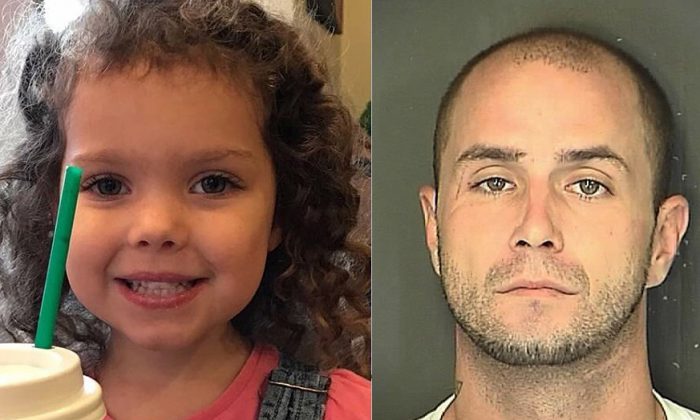 A 4-year-old girl kidnapped in South Carolina on Feb. 13 has been found alive and unhurt in Alabama.

Riverside, Alabama Police Chief Rick Oliver and Fire Chief Timothy Kurzejeski, acting on a tip, found convicted felon Thomas Evans, 37, asleep in a parked car in a wooded area beside some train tracks, WCVI-TV reported. In the car was Heidi Todd, who had been missing since the prior afternoon.

THREAD: Here's what we know about the disappearance of Heidi Todd, a 4-yr-old girl reported missing from her home on Johns Island in Charleston County, S.C. >>> https://t.co/wRh1KtTllU #HeidiTodd #chsnews #scnews #missingperson pic.twitter.com/tgGf27jjl6

Evans handed  Heidi over to officials but managed to drive away, leading law enforcement on a trans-state chase, which finally ended with his arrest in Dekalb, Mississippi, several hours later. The girl is now safe in the hands of Alabama’s Department of Human Resources.

Chief Oliver said Evans had just been released from prison on Feb. 1 after serving 10 years for robbery. He had a history of criminal behavior stretching back to 2000, the Post and Courier reported.

Charleston Mayor John Tecklenburg announced Heidi’s rescue to a relieved crowd at a vigil for the little girl on Feb. 14, WCVI-TV reported.  “What could have been a day of real tragedy has turned out to be a day of great joy,” he said.

The circumstances behind Heidi Todd’s kidnapping are still not clear. What is know is that Heidi’s mother, Brittany Todd, was brutally beaten in what appeared to have been a foiled home invasion somewhere during the afternoon of Feb. 13, WCVI reported.

Three of Todd’s four children were in the home at the time. When Todd failed to pick up her one of her children from school, school officials called the police, Charleston Interim Police Chief Jerome Taylor told the Post and Courier. Officers went to the Todd residence at 2985 Sweetleaf Lane and found Todd beaten and badly injured. The friend reported Heidi missing around 5:50 p.m. Feb. 13.

At approximately 5:50 p.m. on Tuesday, Charleston Police were dispatched to the Todds home on Sweetleaf Lane in Johns Island. Police were called after the mother didn't arrive to pick up two of her older children from school.#HeidiTodd #chsnews #scnews #missingperson pic.twitter.com/tFlCHyrxKZ

According to Mayor Tecklenburg, Heidi’s mother was in fair condition and awaiting surgery as of Feb. 15.

Because authorities could not be sure of the circumstances of Heidi’s disappearance, they could not issue an Amber Alert. However, the FBI issued a $10,000 reward for information leading to the girl’s recovery. A private citizen offered another $10,000, WCVI reported.

Police originally thought the girl might have wandered off and sent divers to search the lake at the center of in the Whitney Lake neighborhood. Searchers combed the area until 3 a.m., then resumed the search at daylight.