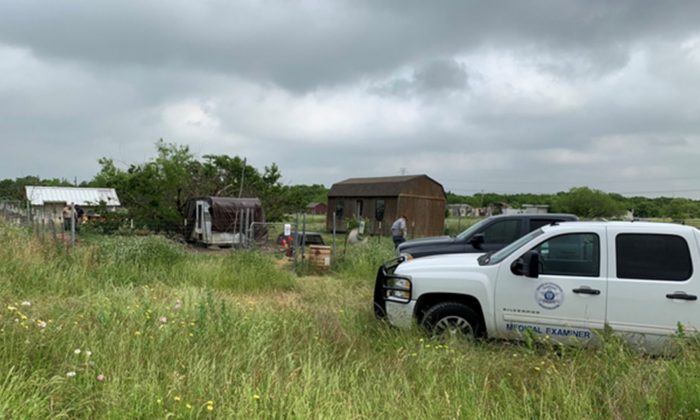 Officials were able to determine Freddie Mack was eaten by his own dogs after discovering a bone fragment on the property. (Johnson County Sheriff's Office)
US News

Missing Man Eaten by His Own 18 Dogs, Say Police

The Johnson County Sheriff’s Office said 57-year-old Freddie Mack was seen last on April 9, and deputies weren’t able to get close to his property in May due to his 18 aggressive dogs, Fox4 reported.

Sheriff’s deputies were able to distract the dogs for a period of time but were not able to find any sign of Mack inside his trailer.

Later in May, deputies used a drone to search the property but couldn’t find him, the Fox affiliate reported.

On May 15, a detective saw a small bone fragment while conducting a search. Days later, they found more bone fragments inside his trailer and shed on his property.

“During the course of our investigation, it was found that Freddie suffered from serious medical conditions. So we will never know if the dogs killed Mr. Mack or consumed him after he died from a medical condition. Either way, it is a very gruesome event and we extend our sympathy to Freddy Mack’s family,” Sheriff Adam King told the Fox affiliate.

The sheriff’s office, however, described the dogs as aggressive, saying two dogs were killed by other dogs before they were seized. Thirteen of the 16 remaining dogs were euthanized.

Family members said that he was reclusive and never left his dogs unattended.

Investigators also found out that Mack “was known to wear a single set of clothing and did not own any other sets,” reported CBS Dallas.

On July 9, the CBS affiliate reported, pieces of bone found on his property were confirmed to be Mack’s remains after the Tarrant County Medical Examiner’s Office conducted a DNA match.

Of one of the bones, “There was something about it that stood out to” the detective, Deputy Aaron Pitts told NBC News.

“I am a dog lover and have three of my own. When we’re starving, we make decisions we normally wouldn’t make,” Pitts added to the broadcaster. “Animals do what animals need to do, which is to survive. I still certainly consider dogs to be our best friends.”

Detectives believe a missing North Texas man was consumed entirely by his own dogs. https://t.co/sG1Dzs2Ybn pic.twitter.com/Xl0k4fax8n

Deputies gave food and water to the dogs after Mack was reported missing, officials told the Fox affiliate.

Other details about the case were not revealed.