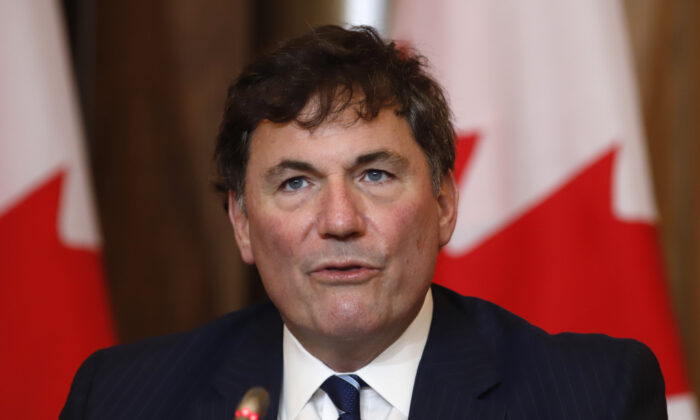 Minister of Intergovernmental Affairs Dominic Leblanc said on Sept. 6 that he is “very confident” his party will deliver on the 27 commitments made to the NDP to remain in power until 2025.

“I am absolutely convinced that every one of the 27 commitments that the Prime Minister [Justin Trudeau] and Mr. [Jagmeet] Singh made will be acted upon, will be in place,” Leblanc said in a press conference before the cabinet retreat in Vancouver.

“We’re on a schedule agreed upon with the NDP that gives me a great deal of confidence, so I am eternally optimistic that that will have been a great experiment for Canadians in parliamentary democracy.”

Leblanc made the comments when asked by reporters whether the NDP was exerting pressure to see some of the promises made be implemented in the upcoming parliamentary fall session.

The mechanics of the Liberal-NDP deal is overseen by a committee composed of Leblanc and two other Liberal MPs, as well as three NDP MPs.

The minister said the committee meets monthly to measure progress on the commitments.

In return for the NDP not siding against the government in a vote of non-confidence, which could otherwise topple the minority Liberal government, the Liberals have made a number of promises.

Among the major ones is the implementation of national pharmacare and dental care plans.

The other commitments are in fields such as housing, child care, climate policies, and elections.

NDP Leader Jagmeet Singh told the Toronto Star in early August his party would break the deal if the new dental care program for children under 12 was not put in place before 2023.

“I made it really clear to the prime minister directly that this has to happen,” Singh reportedly told the Star. “There’s just no option for them. This has to happen. The deal stands on this.”

Finance Minister Chrystia Freeland said her government is “working hard” to deliver on that promise.

“Providing dental care to children and families earning less than $90,000 a year, to children under 12, was a clear commitment we made in the budget,” Freeland said on Aug. 9.

Conservative Party interim leader Candice Bergen has called the deal between the Liberals and the NDP “little more than backdoor socialism.”