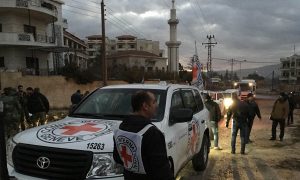 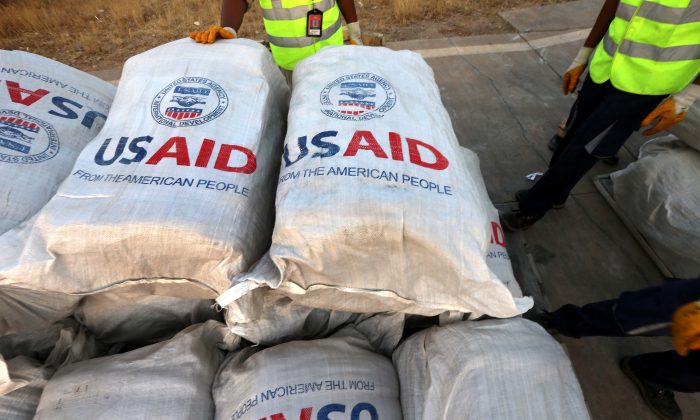 Millions in US Aid to Syrians Suspended Over Graft Probe

The US government has suspended millions of dollars in funding to several organisations providing aid for Syria after discovering they were systematically overpaying Turkish companies for basic goods with the collusion of some of their staff.

The US Agency for International Development’s independent government auditor said it had “established grounds resulting in the suspension of 14 entities and individuals involved with aid programmes from Turkey.”

Among the revelations, it said in a statement Friday, was “a network of commercial vendors, NGO employees, and others who have colluded to engage in bid-rigging and multiple bribery and kickback schemes related to contracts to deliver humanitarian aid in Syria.”

USAID did not identify any of the charities, but among those affected are the International Medical Corps (IMC), the Irish charity Goal and the International Rescue Committee (IRC), headed by former British foreign minister David Miliband, humanitarian sources told AFP.

All the allegations relate to buying goods in Turkey, with NGOs systematically overpaying.

A senior USAID official, speaking on condition of anonymity, said among the largest problems was product substitution – with Turkish private companies selling goods to NGOs at inflated prices and then providing vastly cheaper quality goods and pocketing the difference.

The IMC confirmed to AFP it had fired a number of staff after the allegations emerged.

“What became clear in the course of this investigation was this was a pretty sophisticated operation,” the USAID official said.

In 2015, the US donated $397 million to aid groups working in Syria, according to the UN’s Financial Tracking Service.

USAID did not say how much the suspended aid was worth, but a source within one of the NGOs put the figure at tens of millions of dollars.

War-torn Syria is among the hardest places in the world for aid organisations to work, with a plethora of armed groups including the Islamic State organisation and its jihadist rival Al-Qaeda constant threats. The Syrian government has also been accused of bombing hospitals in rebel-held areas.

However the USAID allegations concern only the way goods were purchased inside Turkey, before being delivered to Syrian refugees or to those still inside Syria.

USAID’s Office of the Inspector General confirmed 14 “entities and individuals” had been suspended.

“As a result of the suspensions, these parties are no longer able to receive US government awards.”

International Medical Corps is among the largest providers of medical aid to Syrians, both inside the country and to refugees in neighbouring countries, with the NGO saying more than six million patients have been treated in the past five years in the 430 health facilities it supports.

IMC confirmed its USAID-funded procurements in Turkey had been temporarily suspended and that it had fired a number of staff over alleged malpractice.

“International Medical Corps has been actively cooperating with the USAID Inspector General, and we have also mounted our own internal investigation,” IMC’s Chief Compliance Officer Ambassador William Garvelink said in a statement.

“We have a zero-tolerance policy for fraud and corruption and have fired staff members who were suspected of involvement.”

The suspension has left the organisation with a huge funding shortage, with around a third of its more than 2,000 personnel working on aid for Syria being made redundant.

A number of programmes run by the International Rescue Committee have also been suspended.

The IRC did not respond to requests for comment.

The Irish charity Goal confirmed to the Irish newspaper The Journal last month parts of its programme had been suspended.

The knock-on effect for some of the world’s neediest people has been significant.

A major Syrian charity, which provides medical care to thousands of Syrians, received huge proportions of its funding from the IMC and the IRC, though there has been no allegation against the NGO.

Speaking on condition the charity not be identified, a spokesman said it had been unable to buy medicines and other vital goods with US funding since January.

The suspensions are temporary, and provided USAID is given assurances of new safeguards funding will resume.

The United Nations has asked for more than $7 billion to fund its Syria aid programmes for 2016.