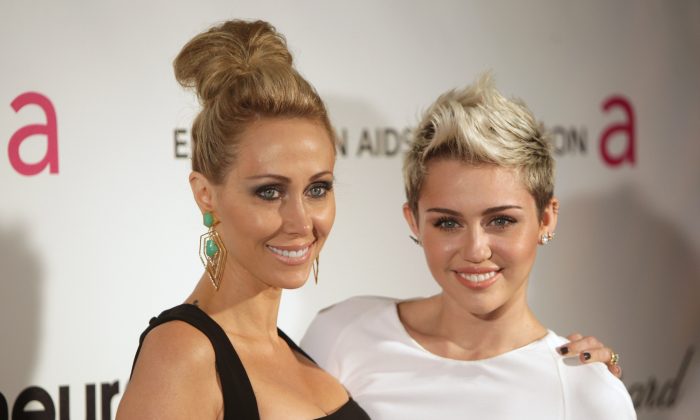 Miley Cyrus cover: With her new look of short whitish-blonde hair, singer and actress Miley Cyrus debuts on ELLE on the June issue.

“She has a social reach of 400 million. No, that’s not a typo. 400 million people – including nearly 12 million Twitter followers and 25 million Facebook Likes, not to mention the hundreds of millions of Youtube views for her music videos. The world is fascinated by this young woman, who has been carving out a career and a life for herself in the public eye since she was a teenager. She is, simply put, a phenomenon.”

That’s in a post from ELLE staff describing putting Cyrus on the cover.

The exclusive first look at the cover shows Cyrus slightly leaning back in a black shirt, with a gold vermiel pendant around her neck.