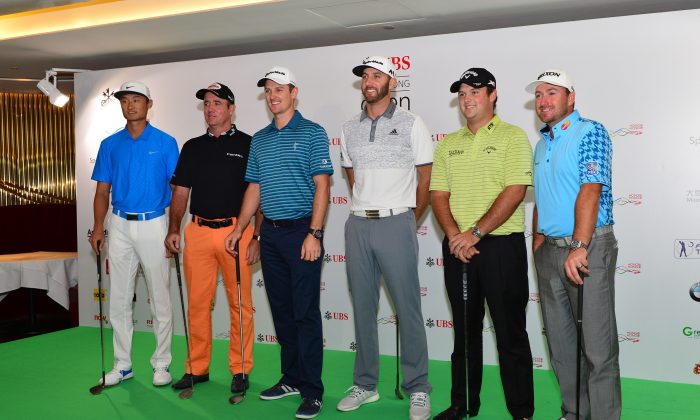 Spaniard and four-time winner Miguel Angel Jimenez and a host of other big golfing names converge on the Hong Kong Fanling Golf Course to battle it out for Hong Kong’s oldest sporting crown.

The event to be held between Oct 22 and 25, will feature up and coming players looking to take the shine off the Cuban-cigar chomping Jimenez who is at home at the Fanling venue which he considers one of his favourite courses.

But he will have his hands full against the likes of defending champion Scott Hend of Australia, England’s Justin Rose (world ranked 7th) and long hitting Dustin Johnson (8th) of the USA. Other notables such as 25year old American Patrick Reed (20th) who helped steer America to collect the President’s Cup, France’s Victor Dubuisson (67th), Graeme McDowell of Northern Ireland and China’s Li Hao Tong will also hope to be in the frame on Sunday.

While late addition of Englishman Ian Poulter (ranked 51), who will be reeling from jetlag after flying halfway around the world from Florida will be part of the contingent.

Hong Kong is sending its leading amateur golfer Mathew Cheung into the lion’s den and he will have to be on his top form to stamp his class in this top field of professionals all gunning for a crack of the US$2 million prize purse.

Eddie So is a seasoned sports reporter having worked for a number of media outlets over the last 20 years.