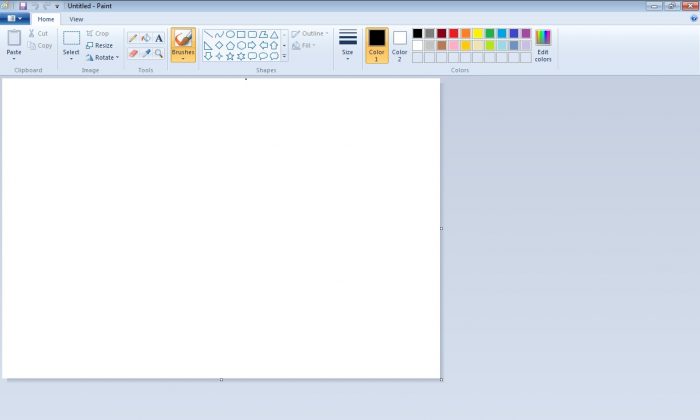 After an outpouring of support for Microsoft’s Paint feature on Monday, the company announced that it would no longer phase out program in its next update—at least not completely.

MS Paint will still be available in the Microsoft app store for free, but it will no longer be part of the MS suite of products that comes installed on Microsoft devices.

“If there’s anything we learned, it’s that after 32 years, MS Paint has a lot of fans,” the company said on its blog. “MS Paint is here to stay, it will just have a new home soon, in the Windows Store where it will be available for free.”

The company said in March that the program, which was first launched in 1985, has 100 million monthly users.

MS paint will be replaced by Paint 3D, which was released last October, and will be the new artistic feature of the Microsoft 10 Creator’s Update, due out this fall.

In addition to adding another dimension to the classic paint program, it allows digital artists to share their work with an online community.

Paint 3D has similar tools as MS Paint, such as photo editing, line and curve tools, and a 2D pallette, Microsoft says, and it will continue to get new feature updates.

The outpouring of support for Microsoft’s basic art program came after news spread on Monday that MS Paint had been put on a list of “deprecated” features that would not be actively developed and could eventually be phased out.

People posted pictures of Paint-drawn gravestones, and “paint” was trending around the world on Twitter.

While Microsoft said the program will remain as an app, it did not say whether it would be updated.

Other programs Microsoft said were slated to be removed in its Creator’s Update were Outlook Express and its Reader app, which will be merged to be a part of its Edge Web browser.