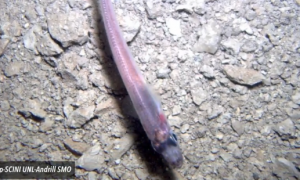 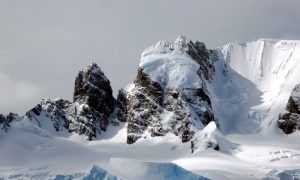 Researchers report they have come upon a previously unknown place on Antarctica that may be teeming with life.

They’ve discovered that salty water exists beneath the surface of the McMurdo Dry Valleys, home to the famous Blood Falls. About 1,000 feet below the ground is a vast network of briny aquifers that show promise of being occupied by microbial organisms.

Theories pertaining to their source include that they are deposits from ancient oceans or were possible left behind by evaporated lakes. Clues of their possible existence came from previous studies of the area’s reddish-colored Blood Falls.

Analysis of its waters has shown that the cause of the hue is iron oxide, but also brought to light the existence of very odd bacterial life. Curiosity about where both the water and the specimens within it may be coming from inspired the research that turned up the recently found sub-surface water.

Sensors were used to gather data. The suggestion that anything can exist below the surface of Antarctica shows promise that organisms could thrive on other seemingly uninhabitable planets, particularly Mars.