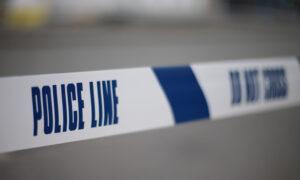 Michael Schumacher’s wife has said the seven-time Formula One champion is showing signs of improvement after he spent months in a coma this year.

Corinna Schumacher, who gave her first interview on the matter since late December when her husband fell while skiing in the French Alps, said he’s “getting better, slowly certainly, but in any case it’s improving.”

She gave an interview to the Neue Post, which is a German women’s magazine, and it was picked up by Britain’s Telegraph newspaper.

In early June, Schumacher was taken from a French hospital where he was in a coma to a rehabilitation clinic in Switzerland.

Last month, his manager Sabine Kehm said he was “no longer in a coma.” He spent 170 days in the hospital in Grenoble, France, after he hit his head on a rock while skiing.

The update comes as a Swiss helicopter firm is being investigated for the alleged theft of Schumacher’s medical records. The records were stolen apparently while he was being transported from France to Switzerland last month.

Prosecutors are searching for a computer which had an IP address traced to a Swiss helicopter company, reported the BBC.

Switzerland’s Rega air rescue service says it has filed a complaint with Zurich prosecutors to trigger an investigation into Schumacher’s stolen medical files.

The Zurich-based service says an investigation will provide “comprehensive clarity” in the wake of news media reports focusing on Rega’s role in handling the German sports star’s files, which his management says have been offered for sale.

Rega confirmed Tuesday it was provided the files by a French hospital when it arranged for the seven-time Formula One world champion to be transferred to a hospital in Lausanne, Switzerland, last month to continue his recovery from his Dec. 29 skiing accident.

The service says it has no reason to believe any of its employees did anything wrong.

The Associated press contributed to this report.