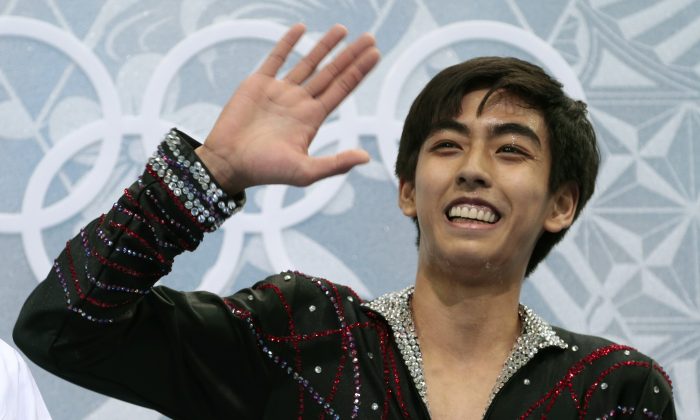 Michael Christian Martinez of the Philippines waves to spectators as he waits for his results after the men's free skate figure skating final at the Iceberg Skating Palace at the 2014 Winter Olympics, Friday, Feb. 14, 2014, in Sochi, Russia. (AP Photo/Ivan Sekretarev)
Asia & Pacific

An email from the mother of star Filipino figure skater Michael Christian Martinez likely went automatically to spam, the office of the president said.

Martinez sent an email to the president in October last year, relaying how Martinez qualified for the 2014 Olympics, and how he desperately needed funding.

Herminio Coloma Jr., secretary of communications at the office, said in a televised press briefing this week that the email likely went to the spam or junk folder, which sometimes happens with random email addresses.

Martinez told the Catholic Register earlier this year that she wasn’t sure whether the government actually received the email.

Her comments sparked widespread criticism of the government, since Michael Martinez was the only Olympian from the Philippines.

However, she did clarify in a letter to The STAR this week that the Philippine Sports Agency gave them $1,200 for the 24 days of Michael’s Olympic participation.

The family is seeking further funding so Martinez can continue training and can compete at the 2018 Winter Olympics in South Korea.