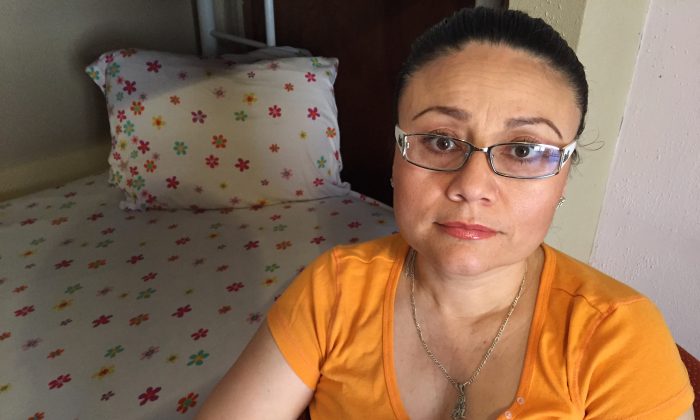 Rosa Robles Loreto was finally able to leave the church where she sought sanctuary to avoid being deported.

Loreto left the church in Tuscon, Arizona 15 months after she originally moved in, prompted by a U.S. Immigration and Customs Enforcement deportation order stemming from a traffic stop for an incorrect lane change.

The enforcement agency maintained the whole time the Mexican immigrant was not a high priority for deportation.

On November 11, her lawyer Margo Cowan announced she’d reached an agreement with federal immigration authorities that left her client free of fear of deportation.

“She’s fine. She’s protected. She has nothing to worry about,” Cowan told the Arizona Daily Star.

An immigration spokeswoman said the agency couldn’t talk about the case without Loreto’s consent.

“I think Rosa is every mom, and her husband every dad. She took a stand in saying that she wouldn’t permit her family to be torn apart. It was a really powerful example,” she said. Loreto moved to the U.S. in 1999 but overstayed her visa.

After talking to reporters, Loreto went to watch her sons, who grew up in Arizona but are not U.S. citizens, play baseball.

“I’m so happy. I’m watching my boys. The air outside feels different,” she told the Guardian. “How do I feel? Great.”

More than 9,000 families and businesses had put up signs saying “We stand with Rosa.”

Gerardo Jr., 13, the older son, told Tuscon Weekly he was pleased with what happened.

“I am really happy because I wasn’t expecting it, I am very grateful…I am happy that she is safe,” he said. “(I want to) spend time with her and go to my baseball games, and go to the park.”