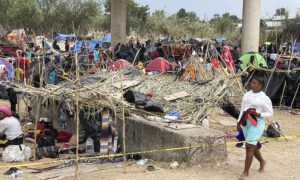 DHS Secretary: As Many as 12,000 Illegal Haitian Immigrants Released Into the US in Recent Days
0
Share Now
TelegramFacebookTweetEmailTellMeWeReddit
Copy Link 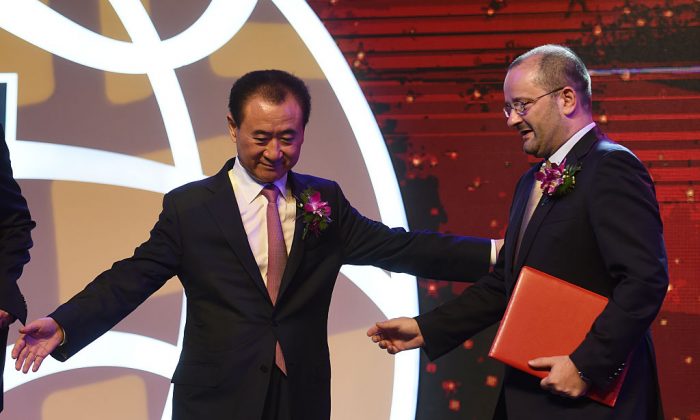 Update: The Government Accountability Office has agreed to investigate how the authorities of the Committee on Foreign Investment in the United States could be expanded to more carefully review foreign purchases of U.S. companies for security threats.

Concerned about increasing Chinese purchases of American companies, 16 members of Congress have requested an investigation into whether a U.S. department that can block foreign purchases of companies over national security threats should have its powers expanded.

The request was written in a Sept. 15 letter to Gene L. Dodaro, comptroller general of the U.S. Government Accountability Office. It asks for an investigation into whether the authority of the Committee on Foreign Investment in the United States (CFIUS) should be expanded, “especially given the rise in state-owned enterprises and state-controlled enterprises from China and Russia.”

Among the questions is whether the definition of national security should be broadened to “address concerns about propaganda and control of the media and ‘soft power’ institutions.”

“Soft power” involves using various means, including media and entertainment, to press political goals and alter public opinions. The Chinese regime has military strategies designed around soft power, such as its “Three Warfares” concept. which leverages media and law. It also has military and government departments that place heavy focus on soft power tactics.

Chinese leaders have likewise spoken about using entertainment to attack and defend on the soft power front. Hu Jintao, a former leader of the Chinese Communist Party, claimed in October 2012 that other countries were using soft power through cultural fields, and called on China to “take effective countermeasures.”

In just over a week after the congressional letter was released, Dalian Wanda announced a partnership with Sony Pictures Entertainment Inc. on Sept. 23, which LA Times reported will give it “creative control over upcoming Sony films … underscoring China’s rapidly rising influence in Hollywood.” Dalian Wanda is also in talks to buy a controlling stake in Dick Clark Productions, which runs the Golden Globe Awards and Miss America beauty pageants.

The letter says there is U.S. concern over “China’s efforts to censor topics and exert propaganda controls on American media.” Issues such as this, it states, “raise serious security questions about what authority CFIUS currently has, or may need to be added, to address these concerns.”

Partnering or being owned by a Chinese company means the company is likewise governed by Chinese law, which has led to U.S. films increasingly being altered to curry favor with the Chinese regime, or else face a potential ban from the Chinese market.

Concerns of foreign purchases listed in the letter go beyond just media and entertainment, however, to include other industries such as telecommunications and agriculture. It notes China National Chemical Corp.’s (ChemChina) $43 billion acquisition of Syngenta AG, an agricultural seed and chemical company, and says Congress raised concern about the purchase “due to the food security and safety implications.”

The letter also asks whether a CFIUS review should consider the amount in foreign subsidies a foreign company received to gain access to the U.S. market and whether the authorities of CFIUS “have effectively kept pace with the growing scope of foreign acquisition in strategically important sectors in the U.S.”

Some foreign purchases, it states, “raise questions of the degree to which foreign ownership—especially from Chinese companies designated as ‘state champions’ that often benefit from illegal subsidies designed to gain strategic access to markets like the U.S.—may post a strategic rather than overt national security threat.”

The letter also asks more broadly for an investigation into whether there should be a possible prohibition of investment in any U.S. industry by a company “whose government prohibits foreign investment in that same industry.”

It states that facing the “evolving nature of possible national security threats,” the U.S. government needs to review the CFIUS process “to determine whether it is fully empowered to address these concerns.”

Members of Congress have looked into similar concerns before. In 2012, the U.S.-China Economic and Security Review Commission called for a “comprehensive review” of the CFIUS to see whether it should have greater authority, the letter states, to “require a mandatory review of all controlling transactions by Chinese state-owned and state-controlled companies investing in the United States.”

It adds that as the U.S. presidential elections draw near, “it’s an opportune time to review what has worked well,” and in which areas the CFIUS may need more authority, “especially given the rise in state-owned enterprises from China and Russia, among other designated countries.”

The CFIUS was started by an executive order and was codified by congress in 1988 and 2007, the report states, “both times in response to concerns about foreign ownership of the defense industry and ports.”

It notes the committee and its areas of focus haven’t changed much since it was started, yet the threat environment is “rapidly changing” with foreign investment, the rise of new technology and information warfare, and “the new state-owned or -controlled companies that are structured as independent entities but are largely directed by foreign governments.”