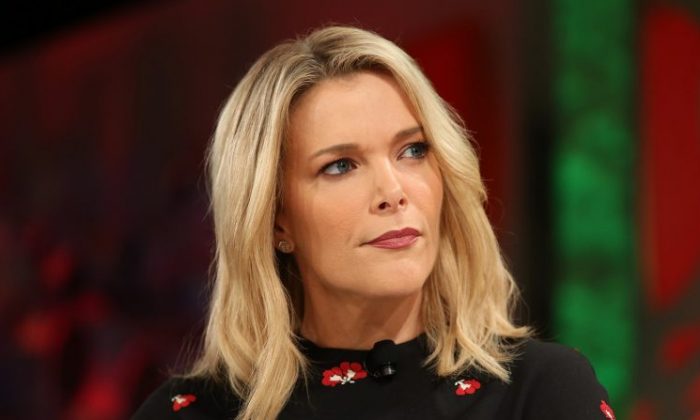 Megyn Kelly is considering her return to television in time to cover the 2020 presidential race, although she is still “emotionally scarred” from her unceremonious axing from NBC, according to a new report.

After Kelly was removed as the 9 a.m. host of the “Today” show following comments she made regarding using blackface on Halloween, the television anchor has been busy spending time with her three children and learning to cook, according to Page Six.

“You’ll definitely see me back on [television],” Kelly told TMZ, saying she would be on air again sometime in 2019 without getting specific.

From #civility in American politics to nose warmers and the #titantic setting sail again, did you catch our panel on what’s #MakingTheRounds this morning? Tap the link in bio if not! ????: @photonate

However, a source has told Page Six that Kelly expects to go back on air some time in October, just as the 2020 election season starts.

During the 2016 campaign, Kelly got involved in a public feud with then-candidate Donald Trump after she moderated the first presidential debate in August 2015, reported Page Six.

REMEMBER the Good Old Days? When all we cared about was ripping on @megynkelly for the way she treated our beloved @realDonaldTrump ???????? NOW there are so many bad players it’s hard to keep track! ???????? #MAGA #KAG #TRUMP2020 #Trump #BuildTheWall pic.twitter.com/l27tM1Fzy0

Waiting until October will also have given her an entire year off-screen.

“Megyn’s trying not to make any decisions right now,” the source said. “She’s emotionally scarred from what happened. She needs a break after decades of hard work.”

Kelly “doesn’t want to rush into something just for the sake of it,” the source added. “She needs something good emotionally, intellectually—something that’s good for the whole family.”

When Kelly and NBC officially parted ways earlier this year, sources said that Kelly is free from any noncompete clauses, which means she can immediately seek a job at other networks. However, there is a nondisclosure agreement in place.

While Kelly is expected to land at another network, it’s not yet clear which one.

Executives at Fox News, where Kelly worked for many years, have publicly said that they don’t have room for another primetime anchor and that they’re happy with their current lineup.

Did you catch the show today? Michael Cohen’s lawyer and the “meanest woman alive” were on. And apparently our cameramen have a few jokes up their sleeves. ???? #MegynTODAY ????: @photonate

Kelly’s move from Fox to NBC in 2017 was closely followed within the media industry partly because she’d became one of the highest paid people in the news business, with an estimated salary of $69 million over three years.

Two sources told the New York Times that Kelly will get the remaining outstanding balance on the contract—roughly $30 million.

The sources also said that Kelly is free to work at other networks.

On Jan. 11, NBC released a statement: “The parties have resolved their differences, and Megyn Kelly is no longer an employee of NBC.”

Kelly apologized for the comments directly after the show aired and then again the next day while on air, but still received widespread criticism from several NBC News personalities and the public.

“I want to begin with two words, I’m sorry…The country feels so divided and I have no wish to add to that pain and offense. I believe this is a time for more understanding, more love, more sensitivity and honor…Thank you for listening and for helping me listen too.” Tap the link in our bio to hear this morning’s entire panel discussion with Roland Martin and PBS’s Amy Holmes.

“She’s looking forward to her next chapter,” a friend of Kelly told People magazine. “She was an employee of NBC, so she wasn’t exploring other career opportunities yet. She was skiing with family over the holidays and looked really happy.”

“She’s expected to be back in action soon,” the friend added. “She will work again.”