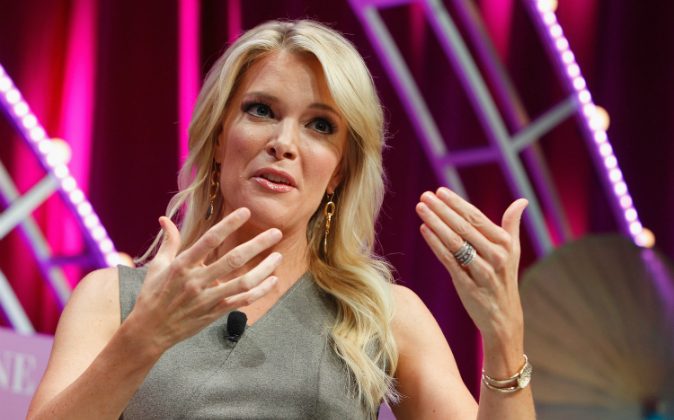 Megyn Kelly is currently in active contract negotiations with Fox News and is looking for a 33 percent salary increase, according to the Wall Street Journal.

Kelly, who is in the final year of her contract—which expires next July—is expected to make approximately $15 million this year. She is reportedly seeking to make a yearly salary of more than $2o million.

Kelly’s show on Fox News, “The Kelly File,” has averaged 2.7 million viewers this year and is just second behind Bill O’Reilly’s “The O’Reilly Factor,” which is averaging 3.2 million viewers.

Rupert Murdoch, chief executive of Fox News and co-executive chairman of 21st Century Fox, told the WSJ that his priority is to keep Kelly and hopes to renew her contract “very soon,” saying money shouldn’t stall the talks between them.

However, Murdoch said the decision to stay with the cable news channel is “up to her,” and if Kelly decides to work elsewhere, the network is prepared to go on without her.

“We have a deep bench of talent, many of whom would give their right arm for that spot,” he said.

It’s been speculated that Kelly could land a morning gig alongside anchors Robin Roberts and George Stephanopoulos on “Good Morning America,” though it seems unlikely.

In an April 5 interview with Variety, Kelly wasn’t too keen on the idea of doing an early morning show.

“You have to wake up so early,” she said. “The alarm goes off at 3:30 a.m. When I did ‘America’s Newsroom,’ which started at 9 a.m., I remember saying to the makeup artist at the time, ‘If you could only know the afternoon me, you’d like me so much better.'”

In the same interview, Kelly said that her family was one of the reasons as to why she hasn’t made a final decision on renewing her contract with Fox, adding that she’s open to other options.

“Never say never. I don’t know what’s going to happen. I’ve had a great 12 years here, and I really like working for Roger Ailes. I really like my show, and I love my team. But you know, there’s a lot of brain damage that comes from the job,” Kelly said.

It’s a busy November for Kelly—she is scheduled to co-host “Live” with Kelly Ripa on Nov. 9, appear on CBS’s “Dr. Phil,” and will embark on a book tour to promote her new book, “Settle for More,” which will be released on Nov. 15.