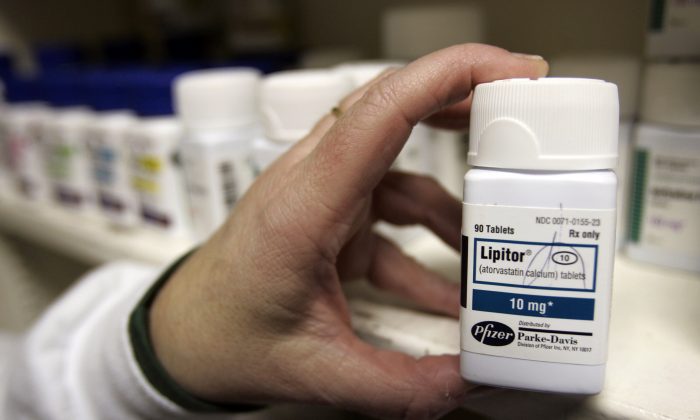 A pharmacist holds a bottle of the prescription drug Lipitor at a Maximart pharmacy in Palo Alto, Calif., on Dec. 14, 2007. (Paul Sakuma/AP)
Opinion

It looks like the pill profit party is over for drug companies. Bestselling pills like Lipitor, Seroquel, Zyprexa, Singular, Concerta, Cymbalta, and Abilify have gone off patent and Wall Street is moving on to industries that offer better returns.

To combat investor disenchantment, drug companies have rolled out expensive drugs that treat rare conditions. If you are sleepy during the day, you may have narcolepsy said Jazz Pharmaceuticals, a condition its drug Xyrem treats for $35,000 per year. If you have frequent diarrhea, gas, and bloating, you may have exocrine pancreatic insufficiency states the company AbbVie, which can be helped by its drug Creon.

Drug makers are not above scaring the populace if it will sell drugs for rare diseases. Your back pain may not be from working out at all but from a disease called ankylosing spondylitis, says AbbVie, a condition that can be treated with its biologic drug Humira for as much as $20,000 a year. (Injectable “biologic” drugs are a new drug industry push because they are so expensive and less susceptible to generic competition than pills.)

While drug company representatives initially tried to cast the outrageous prices as recouping their research and development costs they quickly back pedaled into admitting the drugs are priced on “value”—what they are “worth” for the patient’s health. Needless to say such valuations come pretty close to the definition of extortion—or offers you “can’t refuse.”

Now Sanofi and Regeneron Pharmaceuticals are rolling out a cholesterol-lowering drug that could be embraced by the millions who made the statin Lipitor the best-selling drug in the world before it went off patent. Yet the list price of Praluent, an injectable biologic, is over $14,600 a year. Like Gilead, Sanofi and Regeneron said the price reflects what it is worth in potential benefits to patients and savings to the health care system—in other words, what the companies can get for it.

Nor is cost the only question with the new cholesterol drug. Increasingly, high bad cholesterol is viewed as a weak cardiovascular risk factor versus other factors like inflammation.

Cholesterol-lowering drugs are also so powerful they can keep cholesterol in check, despite diet—allowing people to duck important lifestyle changes. “Plenty of adults down statins regularly and shine off healthy eating because they know a cheeseburger and steak can’t fool a statin,” wrote Dr. Michael J. Breus in an article for the Huffington Post.

Related Coverage
Reduce the Use of Expensive, Dangerous Drugs Paid For By Taxpayers? Don’t You Dare Say Patient Front Groups!

Luckily, lawmakers are demanding cost breakdowns from drug companies on the new four-digit priced drugs. How much are true costs and what is profiteering? Some states are drafting bills that would allow insurers to refuse to pay for a drug if the manufacturer did not file the required cost breakdown reports.

What is the response of drug makers to bills addressing expensive drugs? They would be costly to comply with, they said.