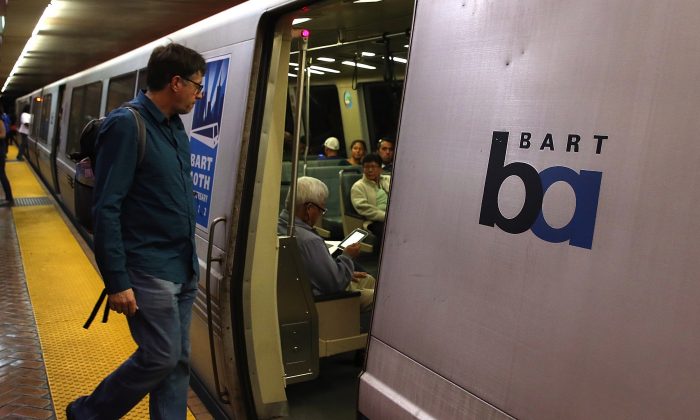 Health officials in California issued an alert saying a LinkedIn employee who had measles commuted to and from San Francisco last week on the BART, potentially exposing thousands of people to the virus.

Some BART riders “may have been exposed to measles last week after a Contra Costa County resident with measles commuted from home to work in San Francisco while infectious,” the Feb. 11 statement reads.

Since the measles outbreak several weeks ago, which has sickened more than 100 people, there’s been worry that the virus could be spread to more people via public transit.

One question on the minds of many: Should adults get vaccinated?

People who “were born before 1957, there’s no need to get vaccinated because you contracted measles as a child because it was so common in the pre-vaccine era. For those born after 1957, they would benefit from vaccination if not already immune,” said Dr. Amesh A. Adalja with the University of Pittsburgh Medical Center and School of Medicine via email.

Most people in the United Staes are vaccinated for measles, meaning the risk of getting the virus is slim. The vaccine is 99 percent effective, according to the U.S. Centers for Disease Control and Prevention.

“Though the vaccine is highly effective, breakthrough infections can occur in a small proportion—about 1 percent—of vaccinated individuals. This was behind the 1989 recommendation adding a 2nd dose of MMR,” Dr. Adalja added.

There’s also been some worry that the measles virus could mutate. “All viruses mutate however this measles strain hasn’t acquired any concerning new characteristics due to mutation and is neutralized effectively by the vaccine,” Dr. Adalja noted.

Measles symptoms can start between one and three weeks after exposure and include high fever, coughing, runny nose, red eyes, and facial rashes.

In the recent San Francisco case, the LinkedIn employee was not identified, but officials at the company said they were notified on Tuesday and advised them about possible exposure.

“Measles is circulating in the Bay Area and we don’t know yet where this person was exposed,” said Erika Jenssen, with the Communicable Disease Program Chief at Contra Costa Public Health, according to a statement. “The ongoing measles outbreak in California highlights the need for people to be vaccinated, and this is just another example of how interconnected our region is and how important it is for everyone to be up to date on their immunizations.”

Meanwhile, Nevada health officials this week issued a warning that that anyone who last week ate at a top-name Las Vegas Strip restaurant should look into their immunization status and contact their health care provider if they’re not fully immunized against measles.