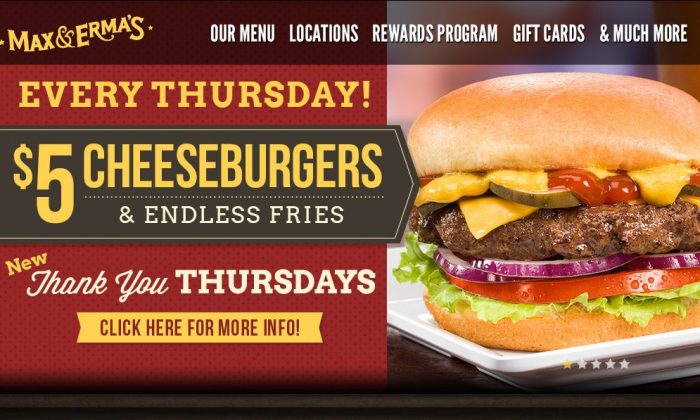 The restaurants serve burgers and beer. The first one opened in 1972 in Columbus, Ohio. The chain filed for bankruptcy protection in 2009. American Blue Ribbon bought it the next year.

According to comments on Twitter, when employees arrived at work, they were greeted by a closed door and a note to call the store.

Shame on Max and Erma’s for shutting down restaurants without any notice to its employees! #maxandermas #shameonyou https://t.co/HZfb03bex0

Max and Erma’s closed. Now jobless. I’d ask what else could go wrong this month but life will probably take that as a challenge. 😅

American Blue Ribbon Holdings was established in Denver in 2009 and is now headquartered in Nashville, TN.

Some fans of the chain were clearly disappointed.

NONONO max and erma’s at the village is closed😫😫